From the beginning of 2016, Ukraine will stop importing passenger cars, knockdown kits and components that fall below the Euro 5 emissions standard. By 2018, the requirements will be raised to Euro 6. 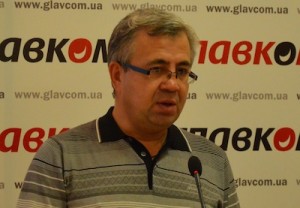 The move follows a recently introduced customs law by the Ukrainian government relating to the import and registration of vehicles. It is expected to increase the cost of supplies for a number of brands in the market, analysts say, because direct deliveries from plants in Asian countries will be prohibited.

"This means that the delivery of imported cars and automotive kits from South Korea, China and Japan to Ukraine would be impossible,” said the head of the Ukrainian Association of Automobile Importers and Dealers (VAAID), Oleg Nazarenko (pictured). “The import of Japanese or Korean cars will actually continue from Europe, but it will be €700-€1,000 more expensive per car.”

Nazarenko added that the situation would be similar for car kits supplied by Korean brands, as several of them have assembly facilities in Ukraine. “With the Chinese manufacturers, the situation is even worse – it is not producing components of Euro 5 standard," he said.

The introduction of the new emissions standards for vehicles is expected to cause problems for a number of the country’s carmakers.

Zaporizhia Automobile Plant, which buys a large amount of Chinese car parts, is expected to take the biggest hit from the new standards. Production there fell by 94.3% to 586 vehicles during the same five-month period.

“A sharp decline in the domestic auto industry this year because of the economic crisis jeopardises the transition of the country to the new environmental standards,” said Ukrainian minister Nikolay Frolov. “A low level of sales of cars does not allow enterprises to explore the production of new models in such a short time.”

Frolov recently called for a delay in the introduction of the bill by a minimum of two years to give the industry a chance to recover from the current crisis.

VAAID estimates that the new environmental standards will affect 80% of vehicle imports. Nazarenko said the increase in costs is most likely to be passed on to the customer, which could compound the decrease in sales. He also said it was likely that importers would take the issue to court if they have a certificate granting compliance with existing standards signed in 2015.