Ukraine is planning to loosen a protective special duty on imported cars during the first couple of months of 2014, according to a recent report from the country’s Minister of Economic Development and Trade, Igor Prasolov (pictured). The decision has been made following trade talks with the Eurasian Economic Commission (ECE) and discussions with EU officials. 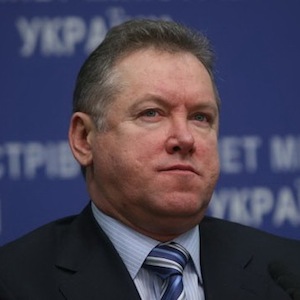 "Currently the Ministry of Economic Development and Trade of Ukraine is working on the stages and size of liberalisation of recently implemented duties on car imports,” said Prasolov. “Now we can say that the liberalisation of special duties of cars will be implemented," he said, adding that it should take place in the early part of 2014.

According to Prasolov, Ukraine currently has three possible ways of reducing protective duties, to be discussed with Ukrainian manufacturers. The first proposes the special duty be lowered by 50% during 2014 and then cancelled completely over the next couple of years. The second proposal says they should be lowered in several stages during the coming years. The third scenario provides the complete and simultaneous abandonment of the duty.

Representatives from the Ukraine car producers’ union have declined the proposal that the government cancel the duty. The head of the Ukraine Automotive Association, Michael Resnick, said that Ukraine has no economic reasons whatsoever to do so.

"Special duty on import of cars with the volume of petrol engine between 1-2.2 l has been introduced for the period of three years basing on the results of the objectively investigation of the Interdepartmental Commission on International Trade of Ukraine. Currently no one body has the right to cancel special duty now. It should remain in force during the entire 2014," said Resnick.

Oleg Svinarchuk, president of Bogdan, currently the largest car producer in Ukraine, also said that the government should continue to support domestic producers thorough its policy, stating that any complete or partial lifting of the special duty would hurt local carmakers.