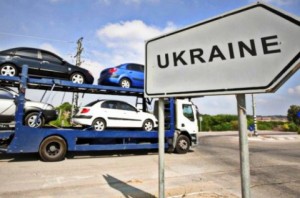 On January 1 this year Ukraine introduced additional import duties on a wide range of goods, including cars. The duties will lead to a substantial increase in automotive logistics expenditure, according to leading providers operating in the country, adding to financial pressures caused by the falling exchange rate Ukraine’s currency, the hrivnya, against the euro and dollar. The additional fee amounts to 10% of the cost of a car and has been implemented for a period of one year.

The official reasons for the move are described in the bill as being down to the deterioration in the balance of payments to Ukraine and a significant reduction of gold and foreign currency reserves of the country.

"An additional import duty [is] entered on goods imported into the customs territory of Ukraine, regardless of their country of origin, at the rate of 10% and 5% for the various categories of goods," noted a memorandum to the bill.

Representatives of foreign carmakers in Ukraine have responded that the new tax is likely to have a negative impact on the profitability of imported automobiles and spare parts to the country.

One representative in the Ukrainian division of a European carmaker, who wished to remain anonymous, said: "The decline in demand for cars by more than two times in 2014, along with the ongoing decline in the purchasing power of the population, has led to the fact that, to maintain sales we cannot lay a new fee in the price of cars in the market. However, most manufacturers will not be able take on this additional expenditure as they are already suffering losses due to the devaluation of the hryvnia.”

The new tax initiative is expected to hit companies such as Toyota, Hyundai and Geely hardest as they were the leaders of Ukraine’s automotive market in 2014.

"Unfortunately, we, like most importers, depends on the influence of currency rates,” said Gennady Chetverukhin, commercial director of Hyundai Motor Ukraine. “Previously we could afford to absorb currency fluctuations, but now we have no way to do this. Automobiles became cheaper in dollar terms, but they do not meet the income of citizens, which is in hryvnias."

The head of the Ukrainian Association of Automobile Importers and Dealers (UAAID), Oleg Nazarenko, said the decision of Ukrainian authorities would have an extremely negative impact on the development of the car market there and could lead to the collapse of import supplies. Nazarenko hoped that under pressure from the European Union (EU) and World Trade Organization (WTO) the new fee would be canceled.

"On new import duties we will not give up,” he said. “Today we will send an appropriate letter [demanding a cancellation of the fee] to the EU delegation in Ukraine, the EU and the WTO."