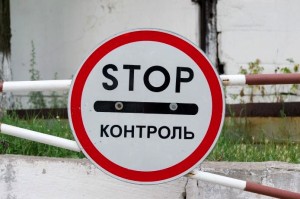 Ukraine could ban any import of cars to the country for three months as part of a package of measures designed to stabilise the economy in the country, according to representatives of the country’s parliament, the Verkhovna Rada.

The bill, entitled ‘Draft resolution on the measures aimed for the stabilisation of the national currency’, has been prepared by member of parliament, Nikolai Rudkovsky, and states that Ukraine will completely close the border for all types of cars for the whole summer. Along with vehicles the bill proposes a ban on imports of any type of “luxury goods”.

“During the last month the hryvnia [Ukraine’s currency] has lost about 50% against the dollar,” said Rudkovsky. “The country's financial system is on the verge of collapse, with all the attendant social and political consequences. In such a situation, we need so support the hryvnia and as an urgent measure to ban the import of a number of luxury goods: furniture, jewelry and cars.”

However, industry experts have commented that even if such a radical step were taken it would not affect the problems affecting the car market in the country at the moment.

“The problem is that the automotive importers have already virtually suspended vehicle imports even without Mr Rudkovskiy’s bill,” said Alexander Nazarenko, head of the All-Ukraine Association of Automotive Importers and Dealers. “Today we have thousands of cars in different warehouses that we planned to sell on Ukraine’s market during recent months.”

The representatives of almost all major carmakers in Ukraine have claimed they are not afraid of the government's measures, as most dealers are not ordering new cars but struggling to sell their existing stocks. The average price of cars has dropped between $800-1,500 because of falling demand according to official statistics and, along with this drop, carmakers have are having to offer unprecedented discounts and conditions of sale.

Moreover, producers have to decrease prices, not only in hryvnia but also in dollar equivalent, said Nissan Motor Ukraine’s PR-coordinator, Vladimir Ivanov; for the certain types of cars this decrease could be serious.

The head of the board of Renault Ukraine, Jan Ptacek, said that the company is having to do a discount even on those cars that have passed customs with the payment utilisation fee and other taxes according to the older higher rates, something that means losses for the company. However, without those discounts it would be extremely hard to sell those cars.

The importers of Mitsubishi have taken the same decision.

The CEO of Peugeot Ukraine, Serge Banse, said that the company is trying to stimulate demand by offering, not only large discounts, but also loans with a percentage rate of 0%.

Analysts project that demand in the Ukraine car market during the first half of the year may drop almost by three times, especially taking into account that the fact that the car trade is effectively defunct south-east regions of the country because of the increase in violent incidents.