Ukraine’s automotive industry on its way to a revival 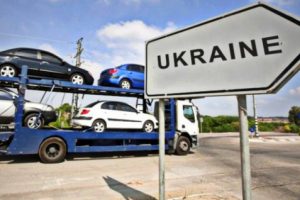 Ukraine’s automotive market is building on the recovery that started at the end of last year, when the three-year slump in the passenger car market levelled off and a rebound began. Latest figures show that in the first half of 2017, the number of cars sold there rose 36% to 35,700. The Ukraine automotive industry association, Ukrautoprom, expects a total of 90,000 finished vehicles to be sold there in all this year.

Back in 2012, when domestic car sales peaked at 217,000 finished vehicles, Ukraine’s government was forecasting a potential threefold rise in sales in the country by 2030. However, that required foreign OEM investment in assembly plants in Ukraine, both to meet the demand of the domestic market and to establish export supplies. It was thought at the time that Ukraine's cheap labour force, the upcoming free trade zone agreement with the European Union and a congenial investment climate would all contribute to the country becoming a new all-European assembly hub.

The annexation of Crimea and the subsequent armed conflict in eastern regions subsequently scotched demand for passenger cars, undermined the financial shape of the country’s car manufacturers and sent the national economy into a spin.

The government has not given up on the automotive industry, however. In mid-June this year, it published a draft development concept that, among other things, proposed to completely cancel duties on the import of components to the country. Although it has not been revealed when the new programme will start, it promises to revive the car industry in the country.

A year of recoveryThe resurgence in passenger car sales in Ukraine has brought challenges to the logistics industry, which was unprepared for the rise in volumes.

“The automotive logistics market in Ukraine is experiencing an acute shortage in transport capacity, which everyone felt for the first time at the end of 2016,” says Eugenia Poplavskaya, head of the finished vehicle logistics department at Gefco Ukraine. “It is associated with deferred demand, which has resulted in a twofold rise in sales of finished vehicles and further subsequent growth during 2017.

“Transport companies were completely unprepared for this increased demand,” adds Poplavskaya. “In the last three years the automotive carrier fleet has decreased by about three times, as many companies simply have not survived the crisis. In my opinion, we should be able to meet current elevated levels of demand in a year from now, as this problem can only be solved by investing in new equipment.”

Such investments will need to be made carefully, however. Poplavskaya stresses that it is generally quite expensive for Ukrainian transport companies to borrow and loans are largely unattainable for most small and medium-sized operations. Meanwhile the operating capital of many companies is barely sufficient to maintain their fleets, never mind expanding them.

Poplavskaya suggests this could prompt some fresh partnerships in the market. “In 2017-2018, most likely there will be synergies between various participants of the automotive logistics chain in the form of joint ventures and investments of carmakers in transport companies with automotive carriers; first, because carmakers are interested in [stimulating] rising distribution of their car brands in Ukraine as well as improving quality of this distribution; and second, because carmakers have access to cheaper loans,” she explains.

A new run-upBetween 2013 and 2015, Ukraine's government revised its import policy in relation to the automotive market several times, including doubling the excise rate on car bodies to €218 per unit and boosting import duties on automotive kits and components by 5%. As a result, the volume of finished vehicles assembed in Ukraine dropped by 11 times to 4,700 units in 2016.

Now, however, recently appointed minister of economic development and trade, Stephan Kubiv, is understood to be considering curbing the policy on import duties. A draft programme the ministry recently released suggests that in coming years, Ukraine could attract assembly capacity from Europe and Russia. To encourage this, suggests the draft, duties on components will be completely cancelled while potential investors will be offered attractive terms for operating in the country.

Oleg Nazarenko, president of Ukraine’s Association of Automotive Importers and Dealers, insists that, to attract foreign OEMs in the first place, the country needs transparent and predictable legislation and tariffs. Daimler has recently started building an assembly plant for Mercedes-Benz cars in the Moscow Oblast in Russia, despite German sanctions against Russia, primarily because of the transparent investment terms there, he says.

“At the moment for automotive companies, it is more comfortable to operate in Russia, where there is a more predictable legislative framework for the automotive industry than in Ukraine,” comments Nazarenko. “There, instead, officials are struggling against corruption and legislation is changing every year, and there are not even signs of stability in this area yet.”

A spokesman for one logistics provider, who prefers to remain anonymous, suggests Ukraine’s proposed new measures to encourage the automotive sector should ideally have been pushed through three or four years ago. In the country’s industry, he says, there is a clear dividing line between local subsidiaries of foreign companies and local companies, with the latter in a deep depression right now thanks to domestic flows remaining miserable, despite the rise in sales.

“International flows in Ukraine are handled by international logistics providers, whose trucks are authorised to operate in the European Union,” he says. “Meanwhile, domestic companies who used to have their own niche in the market, transporting finished vehicles from the plants of Bogdan and ZAZ, have found this shrinking since 2014, with imports now accounting for more than 90% of sales in the country. So there is nothing left for local companies.

"As a result, a significant number of transport companies went down or moved to general cargo.

“The proposed measures could breathe new life into the plants of Ukraine’s manufacturers and even attract some new investors, so it would help local companies a lot,” he continues. “We are afraid this draft programme will remain just a draft, however.”

Poplavskaya agrees new assembly capacity would have a positive effect on the automotive industry, but adds: “Unfortunately, the majority of potentially interesting projects in Ukraine remain in scope of the legislative initiative and this is why Ukraine’s market lags behind those of Western countries [in terms of sales volumes]. Handling business matters in Ukraine in the political and legislative arena hinders the development of any industry, not just the automobile industry.”

Components plants in the pipeline?Problems with Ukraine’s finished vehicle capacity are not reflected in its components production industry, however – during the past year, several foreign companies have declared plans for new or expanded production capacity in this sector, in fact. 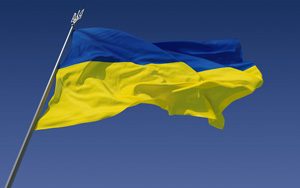 In particular, tier supplier Kromberg & Schubert plans to pump €30m ($35m) into building a second plant near the city of Zhitomir, in the west of the country, by 2019, boosting its current production output of 1,000 electric cable sets a day from its plant near Lutsk nearly fivefold.

Alexander Sharvarsky, chief finance officer at Kromberg & Schubert Ukraine, says it is important new plants like this be located close to western borders, as most of its production is heading west to the plants of Daimler, BMW and Volkswagen in Europe.

“[The new Zhitomir plant] is located close enough to the border, and compared to Lutsk it also has the important advantage of better infrastructure for cargo delivery,” he confirms.

Another components manufacturer, Germany-based Leoni, also has plans for a second plant, construction of which should begin in 2018 with an investment of €15m. By 2021, when the facility should reach full operation, it will employ 8,000 people.

However, the largest investor in the components industry in Ukraine is believed to be Fujikura Automotive Ukraine Lviv, the subsidiary of Japanese firm Fujikura. Last year, the company unveiled plans to expand its plant near Lviv, while in May this year, minister Stephan Kubiv said the company would be building two similar plants in Vinnitsa and Cherkassy. Full details have not been made public yet, but the company has said it expects to triple its staff in Ukraine to 6,000 employees.

Kubiv suggests Ukraine’s government is currently negotiating with the Japan Business Federation, known as Keidanren, to attract other businesses – including other manufacturers of automotive components – to the country.