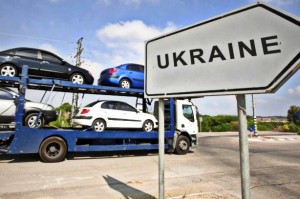 As the Ukrainian automotive industry continues to struggle in a state of uncertainty due to ongoing fighting in the east of the country, its largest carmaker, ZAZ, has warned that production could stop within three months. The situation is also being affected by a drop in volumes and a rise in uncertainty over the future of the car market following the signing of a free trade zone agreement with the European Union.

"This applies to all models – if nothing changes, the production could be stopped in September,” said Tariel Vasadze, CEO of UkrAvto, the holding company for ZAZ.

That eventuality would have a widespread impact on the country’s automotive industry as UkrAvto is largest supplier of spare parts, providing for 400 enterprises across Ukraine; approximately 40% of those spare parts come from Eastern regions.

“In anticipation of a difficult situation, we have created a certain reserve of components, but it is already on the wane,” warned Vasadze. “We are looking now for replacements from the Chinese and other suppliers, but it would affect the cost of production.

Vasadze said the situation in the country was also made difficult because off the drop off in the number cars in the market to between 130,000-150,000 cars – a decline of more than twice based on year-to-year comparison. He added that a substantial volume of ZAZ cars in the east of Ukraine had been stolen, a problem currently facing almost all carmakers operating in the market.

Free trade worries
There is also uncertainty over the future of the car market in Ukraine because of the signing of the free trade zone agreement (FTZA) with the European Union. The agreement includes a stipulation that Ukraine will reduce the import duty on cars by 1% per year, meaning it would be fully cancelled by approximately 2019. At the same time, the FTZA states that if imports from the EU exceed 45,000 cars per year, Ukraine may return the duty and set it at the level of 10%.

According to official statistics, the figure of 45,000 is below the level of cars imported last year, but the introduction of a 10% duty could result in a price hike for the foreign makes, which would provoke protests. Ukraine has a strong automotive movement called Automaidan, which has already forced the government to cancel an unpopular utilisation fee and special duties on foreign car imports to bring down the cost.

“In such a situation, Ukraine’s government probably will be careful with the introduction of the new duty, as such step may face bad reaction from the population,” said Oleg Boiko, an expert on Ukraine’s car market. “At the same time, Ukrainian carmakers have repeatedly claimed that the complete abandoning of the import duties may ruin the domestic industry, so they will definitely struggle for the introduction of this duty.”

According to the CEO of the Ukrainian Association of Auto Importers and dealers, Oleg Nazarenko, the introduction of a 10% duty on EU imports would apply to those with an engine capacity of more than 3.0 litres, but for vehicles from other countries belonging to the WTO it would stay at 5%."

However, most experts on Ukraine’s car market say that duties on car imports are widely unpopular and the government will strive to revise the point in the EU agreement.