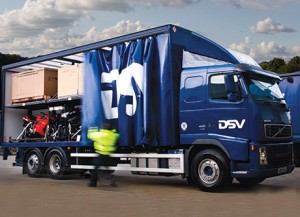 Shareholders at UTi Worldwide have voted overwhelmingly to agree to the merger agreement between DSV and UTi Worldwide.

The transaction is still subject to regulatory approval by competition authorities in South Africa, but this is not expected to present a problem.

DSV has said that the company still expects to close in the first quarter of the year, which was the time frame previously announced. The closing of the transaction will take place on the second business day after all approvals have been gained.

The deal – which was first announced in October last year – values UTi at around $1.35 billion ($7.10 in cash per ordinary share), and it is expected to add around 50% to DSV’s annual revenue and scale, making it a significant global player. The merger would see the company become the fourth largest global 3PL in the world, following behind DHL, Kuehne + Nagel, and DB Schenker.

DSV has more than 50 automotive customers across 20 countries, including major OEMs and tier suppliers, with global revenue of around $7.7 billion. UTi is a global supply chain services and logistics company with annual revenue of $3.9 billion (with net revenues of $1.5 billion), with 21,000 employees across 58 countries. UTi has been through a significant amount of restructuring this year to address its financial difficulties, but some issues do still remain. In 2014 DSV recorded an EBITDA (earnings before interest, taxes, depreciation and amortization) of $505m, whereas UTi’s had a marginal loss.

The merger is likely to help both companies develop their automotive business. UTi is strong in automotive, with business in Europe, the US, and some emerging markets including South Africa and India. In 2015, UTi signed a partnership agreement with finished vehicle transport and aftermarket services provider, Beijing Changjiu Logistics, to serve OEMs and suppliers, including for freight moving by rail between Europe and China.

For DSV, the automotive gain is expected to be in contract logistics. A spokesperson for DSV told Automotive Logistics, “Regarding the automotive vertical, obviously UTi has special competencies, and DSV is also a leading logistics supplier, but since company discussions on integration matters are not allowed at this stage in the process, we don’t know in detail how the combined business will be affected.”