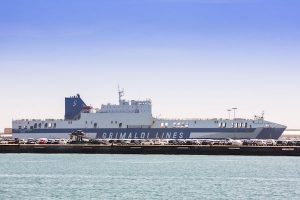 Valencia Port Authority (APV) has confirmed that it is attempting to overtake Barcelona as Spain’s leading hub for automotive traffic. It now has more space between Valencia and Sagunto given over to this business than its Catalan rival, and is looking to handle 1m units annually.

A spokersperson for APV told Automotive Logistics: “Valencia Port Authority is seriously backing automotive traffic, something which has been noted by ANFAC [the National Association of Automotive and Truck Manufacturers], which recognises the port of Valencia as the best of its kind in Spain. We therefore believe that, in the coming months, we will see a positive evolution in traffic.”

According to APV, the three finished vehicle terminals in Valencia and five concessions and terminals in Sagunto have seen the port rapidly climb the automotive league table in the last two years. It now sits in eighth place in the world, compared to fourteenth some 12 months ago.

However, in the first six months of 2017, Valencia port handled 410,711 finished vehicles, which was a small decrease of 0.81% compared to the same period last year. Most of the downturn was at Valencia, where traffic dropped 8.9%, while traffic at Sagunto rose by 27%.

Room to spread outThe recent signing of a contract to pave 124,000 sq.m of space at the North Quay on Muelle de la Xitá at Valencia effectively means the port now has 1m sq.m of operating area given over to the finished vehicle business.

The operating space is spread across both Valencia and Sagunto with 412,000 sq.m available to automotive traffic at the former and 560,000 sq.m at the latter. There is also around 5km of berthing line for ro-ro vessels between the two ports: 1,845m of this being in Valencia and 2,800m in Sagunto.

In December 2016, for example, the port authority agreed to extend the concession area that Valencia Terminal Europe had in Valencia and also to authorise construction of a four-storey vertical storage facility.

Since 2016, Ford has also benefitted from having two concessions totalling 150,000 sq.m located on the Dique del Este and on Xitá Quay at the port of Valencia. This September, Ford expects to start paving works to adapt the dock at Xitá for the loading and unloading of cars.

Similarly, Toyota Logistics Services España has recently expanded its operating area in the port of Sagunto; it now has a maritime terminal of 177,000 sq.m and a logistics centre for its own vehicles of around 50,000 sq.m.

At present, only Valencia has a main rail link, although APV is to invest €31m ($37m) to ensure Sagunto is also connected to Spain’s main rail network.