Value of stability in the push for progress 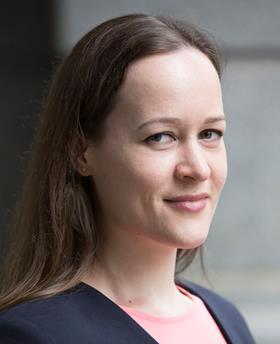 I first visited Brazil in 2014, touring a variety of vehicle and component factories on behalf of our sister magazine, Automotive Manufacturing Solutions (and to think, some people go to Rio). At GM’s São Caetano do Sul plant, I was able to appreciate the country’s long history of automotive production since the 1930s, at Fiat Betim I marvelled at the magnitude of the largest FCA plant in the world, and at Volkswagen I admired its sustainability efforts, which led to a UN credit for hydroelectric power plant construction.

It was a time of expansion, with projects underway to increase and upgrade production at the plants I visited, and new facilities being developed elsewhere in the country. Fiat Betim, for example, had achieved a record of 811,000 units produced in 2012 and was aiming for a total output of 950,000.

I came back home, made a magazine about my trip – and then the market dropped and Brazil entered the worst recession in its history. I wondered if I had tripped over a cable on the way out.

But now the signs are that Brazil is on its way back to a position of economic strength. During 2018 its GDP rose by around 1.3% and the Central Bank forecast that this would rise to 2.5% by the end of 2019. For the automotive industry, the outlook is positive: over 2m vehicles sold in 2018, more than 15% up on the previous year, and trucks in particular up 50% on the back of fleet renewals.

In this context, it’s no surprise that OEMs are gearing up for growth again. Neuton Karassawa, GM’s director of logistics for South America, recently told Automotive Logistics about the progress of its long-term investment plan, the largest in its 93-year history in the country, and also discussed the market conditions that OEMs, tier suppliers and logistics companies are facing in Brazil.

According to Karassawa, “the macroeconomic conditions are solid” and GM is “very optimistic about the future”.

It will be interesting to see what impact Brazil’s new government makes on this recovery. The election of the controversial Jair Bolsonaro in October, called ‘Trump of the Tropics’ by some, was broadly welcomed by the business community since he favours market-friendly policies, large-scale privatisation and reduction of the fiscal deficit. He will have a job to do, though, to tackle chronic problems that have held Brazil back, including a complex tax system, corruption and poor infrastructure.

Perhaps lessons can be learned from elsewhere. One region that has made huge strides over the last few years is Central and Eastern Europe (CEE), which has been attracting investment from global OEMs and tier suppliers no longer simply searching for a low-case manufacturing base but a setting for engineering and R&D, particularly with a view to the mobility of the future. The logistics infrastructure is expanding accordingly.

“We have made the necessary decisions in the government to be able to deliver our promises… in order to make the logistic circumstances of the automotive industry even more favourable under these new global circumstances,” said minister of foreign affairs and trade for Hungary, Péter Szijjártó, at the AL CEE conference in Hungary in November.

In its eagerness to court the automotive industry, the Hungarian government has funded a number of road and rail projects, and provided support for autonomous vehicle development, including funding a proving ground and changing the law to enable the testing of level four vehicles on public roads.

At the time of writing, though, Budapest was battling with protests over a so-called “slave law” which would allow companies to ask employees to work extra hours and withhold payment for up to three years, while also removing the right to collective bargaining. It was rumoured that this drive to squeeze greater productivity from workers was aimed at pleasing foreign carmakers – something denied by a body representing the industry.

A reminder that, amid the push for progress, it’s important to remember the value of stability.