Vehicle imports to Russia increase in the first quarter 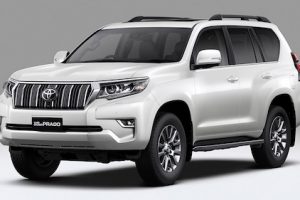 Russia imported almost 67,000 finished vehicles during the first quarter 2018, up by just under 50% compared to the same period last year, according to a statement from the country’s Federal Customs Service. Imports over the period were equal to $1.65 billion.

It is the first time in a decade that the share of imported finished vehicles on Russia’s domestic market has shown growth. Russian analyst agency Autostat reported the share of imports had been steadily falling from its peak of 55.7% achieved in 2008. It dropped to 18.8% in 2017 but recovered to 19.7% in the first quarter 2018.

Russian newspaper Kommersant reported that carmakers were importing finished vehicles “in store”, in a bid to slightly adjust the rising costs incurred by the increase in the utilisation fee introduced in April this year. In some vehicle categories the fee was raised by 90%.

For the time being Russia is importing primarily Toyota, Lexus and Mercedes-Benz finished vehicles, Autostat reported. In the first quarter of 2018 the top three imported models in the country were the Toyota Land Cruiser Prado (12,351), Lexus RX (8,583) and Toyota Land Cruiser (6,238).

In 2017 Russia imported 267,700 finished vehicles for $6.7 billion. These figures were almost the same as compared to 2016, according to estimates from the Federal Customs Service.

However, the continued growth in imports could be curtailed to some extent as higher tariffs on vehicle imports to Russia will start in the second quarter of this year.

Import duties on US finished vehiclesTo start with Russia wants to impose higher import tariffs on some goods from the US, and this could include vehicles and parts. The government wants to introduce new duties on imported goods with the combined value of some $3.16 billion in order to collect an additional $573.6m for the federal budget. Russia’s Ministry of the Economy is now in talks with the WTO on the measure, which is a response to the increased import duties on Russian steel and aluminium introduced by the Trump Administration on March 23.

Finished vehicles and automotive components are among the most popular goods exported from the US to Russia, together with the aircraft and pharmaceuticals amongst other products. However, speaking during a press conference in Moscow on May 22, a spokesperson for the Russian Economic Development Ministry said it was yet to be decided on what products new duties to be applied.

Russia has a good chance of being granted the right to introduce some new tariffs on goods imported from the US within WTO rules, according to Alexander Bazikin, spokesman for the legal firm Heads Consulting. This is because US broke international trade rules by introducing the higher tariffs against the Russian aluminium and steel, he explained.