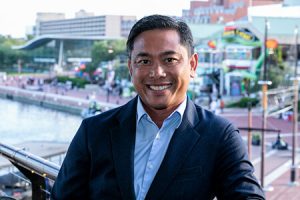 Victor Arabe (pictured), previously port manager for Volkswagen's business at the port of San Diego, in the US, has moved to Nationwide Auto Services (NAS) as director of business development. NAS provides paint and hail damage repair services but is widening the scope of its operations by working directly with carmakers and their suppliers on quality issues.

Arabe has almost 20 years’ experience in the finished vehicle sector, which began with an eight-year stint at Mazda in North America before he moved on to Glovis, where he was port manager responsible for Hyundai and Kia volumes at the port of Newark. He moved to Volkswagen Group of America in 2008, when the company moved its headquarters from the Detroit area of Michigan down to Herndon in Virginia.

He was most recently responsible for managing VW post-port operations out of San Diego and up the US west coast. That meant handling around 120,000 cars a year from the facility for the VW and Audi brands, including fleet vehicles.

Arabe told Automotive Logistics he was attracted to move from the OEM side of the business to Nationwide because it was an organisation in which he could make an immediate impact for the benefit of the customer.

“You are able to provide that immediate customer service and see the effects of it, instead of having to go through all the channels and hierarchy of an organisation,” he continued. “We go in and help port processors and quality departments fix their cars within a certain timeframe and within the quality requirements of the job. We are there from anything from two weeks to two months – whatever is needed to provide those support services.”

One of the first projects Arabe will be managing at NAS is the company’s rebranding over the next six months, something that will reflect the company’s expansion of services beyond hail repair and overspray services.