Volkswagen pulls the plug on exports from Russia 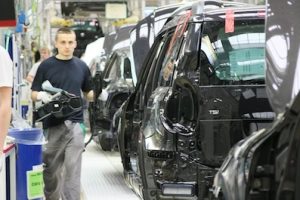 VW has announced it will cease exports of finished vehicles from Russia in a few weeks’ time, as a result of high raw materials costs, quality issues and differing emissions standards.

Speaking to local news outlet Interfax recently, Oliver Grunberg, technical director of Volkswagen Group Rus, said: “The last batch of finished vehicles is slated to leave Russia in the coming several weeks. After that, export supplies will be ceased.”

Grunberg said that although VW would like to continue exporting from Russia, it could not make finished vehicles assembled there competitive on the global market.

“Russia’s arm of VW doesn’t have an independent business model. It cannot be built, because of the customs barriers, undeveloped logistics schemes, the unstable exchange rate, and the fact that Russia is not introducing Euro-5 and Euro-6 environmental standards,” Grunberg said.

Because of the differing emissions standards alone, he explained, Russian-built engines need to be modified for export to the EU at a cost of around €1,000 ($1,170) apiece.

On top of that, VW faces issues of poor quality and expensive raw materials in Russia, continued Grunberg.

“In particular, we have had to import fuel to Russia. For the first 30 engine starts, we need a very pure fuel [and] it was not matching our requirements. Just recently, we have managed to find a supplier with the appropriate quality,” he said.

Over the last 10 years, VW had imported an estimated 7.7m litres of petrol into Russia, he suggested. “That was insane. Importing fuel into Russia is like importing sand to a desert,” he added.

The decision to cease exports comes despite a hike in deliveries to foreign markets from the company’s plants in Kaluga (pictured) and Nizni Novgorod this year. In September, VW said it was on track to export around 20% of the vehicles manufactured at the two plants. In 2016, by comparison, it exported 13,700 vehicles from Russia – around 10% of total – with 12,600 of these being delivered to the Czech Republic.

In theory, Russia could still export vehicles to the south, to countries such as Iran and Israel, but the high price of raw materials on the domestic market makes this difficult to justify and it’s more attractive to export to Iran from Brazil, said Grunberg. The only reason VW has continued to export at all from Russia up to now is because of a lack of production capacity in the Czech Republic and India, he added.

From 2018, VW also plans to stop assembling the Skoda Yeti in Russia, which it has primarily built there for export over the last two years.