Volkswagen scandal could have huge effect on global supply chain 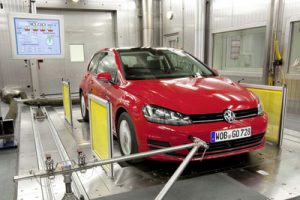 Emission-control software built into US-made Volkswagen models, that were found to be violating US clean air rules, have also been used in other VW group diesel cars around the world, Volkswagen has confirmed. This is expected to have a significant impact on the OEM’s global supply chain.

The OEM has announced that it plans to set aside €6.5 billion ($7.3 billion) in the third quarter of this year, to cover the costs of fixing the problem. The money needed could increase as the investigation grows.

The provisions set aside will cover service measures and other ways to regain customers’ trust. VW has said, “Earning targets for the group for 2015 will be adjusted accordingly,” but provided no further information.

VW diesel vehicles with Type EA 189 engines have shown a considerable difference in emission levels between testing and road use.

In the US, VW faces fines of up to $18 billion after it admitted to cheating in diesel car emissions tests. One class-action lawsuit has already been filed, claiming fraud and breach of contract, and the diminished value of the vehicles (500,000 recalled so far), which usually have a premium price over petrol cars. The cars may also have degraded horsepower and fuel efficiency.

Shravan Kumar Gudur, research analyst at Frost & Sullivan said, "In the recent past Toyota and General Motors too faced [a criminal investigation] for the unintended acceleration crisis and ignition switch problem respectively. However both the companies managed to sign deferred-prosecution agreements which allows criminal charges to be dropped later. VW may not be able to negotiate a similar deal with the US authorities as the crime is environmental in nature. VW’s global operating profit for 2014 was $17 billion, $1 billion lesser than the potential fine in USA alone!"

The Environmental Protection Agency said VW has violated the Clean Air Act by adding ‘defeat devices’. This is software that is programmed to switch engines to a cleaner mode during official emissions testing. During normal driving, the software switches off, allowing cars to emit up to 40 times the legal limit of pollutants.

Gudur said that if the solution is software programming in the ECU, the issue could be very small and may take around a month for the 650 dealers in the US to recall the vehicles and flash the ECU with newer software. However, if the solution is hardware replacement, VW may take more time to recall and replace the defective parts due to production and logistical reasons.

US sales halt
In the US, VW has already halted sales of vehicles equipped with the affected engines. The OEM has stopped selling 2015 and 2016 VW and Audi models equipped with 4-cylinder turbo diesel engines, as well as used cars that have the engine.

VW has said that it doesn’t have a figure on how many units will be stranded on dealer lots, but in August, 23% of VW vehicles sold in the US were diesels (7,400 units).

While VW is the world’s biggest carmaker, it has struggled in the US, with around 2% of the market. This is despite huge investments, including a major assembly plant in Tennessee and a plant in Mexico to manufacture Audi SUVs primarily for the US market.

Martin Winterkorn, chief executive at Volkswagen announced his resignation on Wednesday September 23rd. In a statement he said he was, "shocked by the events of the past few days.

"Above all, I am stunned that misconduct on such a scale was possible in the Volkswagen Group," he continued. A successor for Winterkorn will be decided on Friday at a supervisory board meeting.

Ten million of the 11 million affected engines are on European roads.Representatives in countries such as Germany, France, South Korea, Italy and the UK have announced that they are now also looking into the revelations. Shares have decreased by 20% today, after declining 19% yesterday. Overall, the stock has dropped 41% in 2015 so far.

In Europe the carmaker said it was working with the relevant authorities and the Germany Federal Motor Transport Authority – KBA.

Gudur, Frost & Sullivan has said that while there isn't an immediate threat of recall in Europe, individual countries could pressurise VW to come clean on their diesel engines in their countries. This will put an additional financial burden in the short-term, and potentially be more than the €6.5 billion originally earmarked by VW.

Although the fines VW potentially faces in the US are significant, along with the loss in revenue after halting new sales, the same could be replicated the world over, with further sales halts, investigations, recalls and fines. No production halts have been announced yet, but as the story gathers pace, that is a possibility, along with changes to export figures.