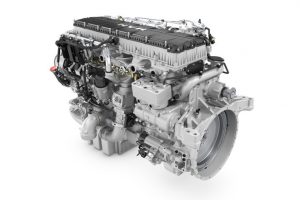 Volkswagen’s commercial vehicle brands, led by MAN and Scania, have confirmed plans to deepen integration of component and powertrain development across various segments, with common platforms across the companies and cross-production of some components for other brands.

The integration, which will not affect current plant capacities or locations, continues the group’s objective of using more common parts, suppliers and logistics across MAN, Scania and other Volkswagen commercial vehicle divisions.

According to Volkswagen Truck & Bus, the umbrella organisation created in May 2015 to combine management of the group’s commercial vehicle business, MAN and Scania will share more development and platforms under a ‘lead engineering’ principle. In future, teams consisting of engineers from both brands will develop core components of trucks’ drivetrain together.

There will be common platforms for engines, gearboxes, axles and exhaust after-treatment systems that can then be modified by the particular brands. One of the two companies will take the lead for each project, with Scania specialising in larger powertrains and MAN in light- and medium-sized ones.

Andreas Renschler, chief executive of Volkswagen Truck & Bus and member of the board responsible for commercial vehicles at Volkswagen Group, said that the lead engineering principle would set out clear rules for future cooperation, including developing common platforms, while preserving individual strengths.

“Simultaneously, we will generate synergies that are to everyone’s advantage,” he said in a statement. “This gives us the necessary financial room to manoeuvre and create new business areas, develop innovations for our customers and penetrate additional markets so that MAN and Scania will also be ensured a leading market position in the future.

“We can only become global champion of the commercial vehicles industry in the next decade if our brands are strong,” he added.

According to Volkswagen, MAN and Scania will determine brand- and customer-specific requirements for components early in the product development phase, including for other brands in the group, including Volkswagen Caminhões e Ônibus in Latin America, or Navistar in North America, in which Volkswagen recently acquired a major stake and created a strategic alliance. Research and development, meanwhile, will continue to be managed at a group level across brands at Volkswagen Truck & Bus.

This co-development will have implications for the supply chain as the companies converge on more shared components across its production. Julia Kroeber-Riel, head of communication for commercial vehicles at Volkswagen Group, told Automotive Logistics that sharing more suppliers and components is a key aim of Volkswagen Truck & Bus. Powertrain represents around 60% of the costs and value of a truck, she said, and in thus the most important area to find economies of scale. More common logistics flows are thus also likely to follow.

The lead engineering principle will have little effect on most production sites and employee levels; output will not be transferred from one site to another and each brand will mainly produce for itself. The exception, however, be new cross-production in gearboxes and non-driven axles, which will lead to new supply flows from each brand. Scania will produce heavy gearboxes and deliver products to the entire Volkswagen Group from Södertalje, Sweden. MAN will expand production of non-driven axles in Salzgitter, Germany and deliver to Scania and other brands.

The changes will lead to workforce increases in some areas, and changes in others, although the group has confirmed that staff jobs in affected areas will be secured. Employees will be offered to move to the other brands for a period of up four years, or choose between other jobs at their current site.

The co-development and cross-production of key components continues other projects in the supply chain where Volkswagen has sought to reduce costs without impacting brand perception. Kroeber-Riel pointed to projects that include the consolidation of MAN and Scania production in St Petersburg, Russia, as well as in between Man and Volkswagen Caminhões e Ônibus in Mexico and South Africa.

A number of projects in logistics have also been pursued. Volkswagen Truck & Bus has run joint tenders for overseas containers for commercial vehicle brands for flows between Europe, South America and Africa. For vehicle distribution, Scania and MAN have also run a joint tender for overseas ro-ro flows for East Asia, the Middle East and India.