1
Volkswagen Group part 1: Present and prepared for the future
Volkswagen 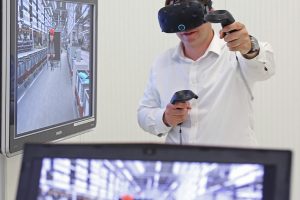 Most automotive supply chains have changed over the past two decades, however few would have been transformed as much as that of the Volkswagen Group. In 1997, although Volkswagen already had plants in Mexico, South Africa, China and Brazil, the group’s supply chain and sales markets were mostly concentrated in Europe. Today, while Germany and Europe remain indisputably its home base, the group has a supply chain and sales network that encompasses the globe. It has built new plants across China, Russia, the US and India, and has recently added assembly plants in Africa along with local partners, including in Algeria this past summer.

In 2016, Asia Pacific became VW’s largest sales region, for example, and the group collectively delivered more vehicles outside Europe than it did within the region.

In total, the number of countries in which the Volkswagen Group produces vehicles has doubled in 20 years to more than 30. Its global production network has trebled to 120 plants, with output rising from around 4.3m vehicles in 1997 to more than 10m passenger, commercial and two-wheel vehicles last year. 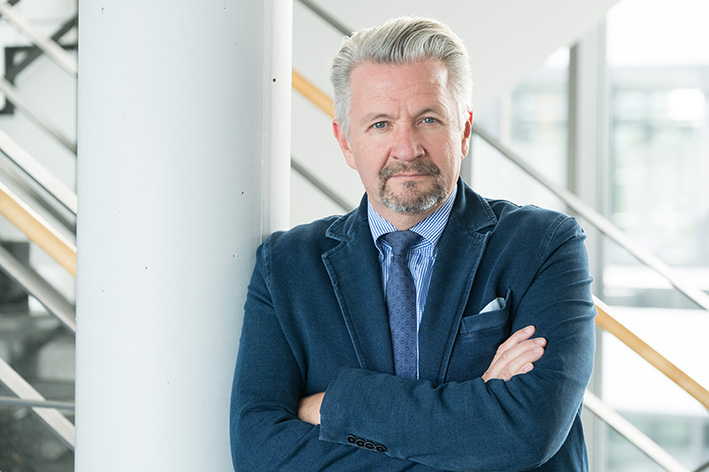 During that time, Volkswagen’s stable of brands has grown from five to 12, including the addition of high-end marques Bentley and Lamborghini (as part of the Audi Group) in 1998, Bugatti in 2000 and Porsche in 2012, commercial vehicle-makers MAN in 2011 and Scania in 2014, as well as motorcycle brand Ducati (also part of Audi) in 2012. The model portfolio across the group has risen from 100 two decades ago to more than 300 today.

These increases have added to a supply chain of stunning complexity. Globally, the Volkswagen Group moves around 180m parts and 40,000 finished vehicles per day; along with millions of truck deliveries, each year it dispatches around 100,000 complete trains, ships around 250,000 TEUs of ocean freight and 2.3m vehicles by ro-ro vessel alone.

This network demands highly advanced logistics management. In response, Volkswagen Konzernlogistik (group logistics), the carmaker’s central logistics steering and purchasing organisation, has “taken on entirely new dimensions” at the company, according to Thomas Zernechel, head of the department since Volkswagen established the new group logistics function in 2004 at its headquarters in Wolfsburg, Germany. Its roles include coordinating shared group resources across the supply chain, working together with the purchasing department and introducing new technologies and concepts.

Group logistics has led major supply network changes over the past 13 years, including important brand integration. Common standards for load carriers and packaging have helped to extend the pool in Europe to around 21m containers (including universal load carriers and bespoke equipment) that reduce the use of disposable and non-standard packaging. The division has replaced individual brand consolidation centres and established three group-wide crossdocks in Europe that combine material from suppliers in coordinated milkruns, delivering them in fuller loads across group plants. Shared centres have been created for finished vehicles. Group logistics also recently worked with VW and Audi subsidiaries in North America to create a similar multi-brand network.

Zernechel points to ways in which logistics now plays a more strategic role across the group. Despite the past two decades bringing longer transport distances, more part numbers and increasing production variety, the group has been able to keep logistics costs level as a share of total vehicle cost, or even decrease them, he says. Likewise, he adds that overall order-to-delivery times for vehicles have been reduced, with more flexibility after orders have been confirmed.

Zernechel sees the rising complexity of the group’s supply chain as crucial, with the risks that unforeseen disruption, whether from natural disasters or traffic jams, poses to production stability. That makes capacity management a particularly strategic responsibility for group logistics.

“Flexibility and crisis management have become core competences,” he says. “Every brand now has the same process and interfaces between their systems so that we all understand each other. Often, we are contacted by plants and brands asking for help to manage their capacity issues.” 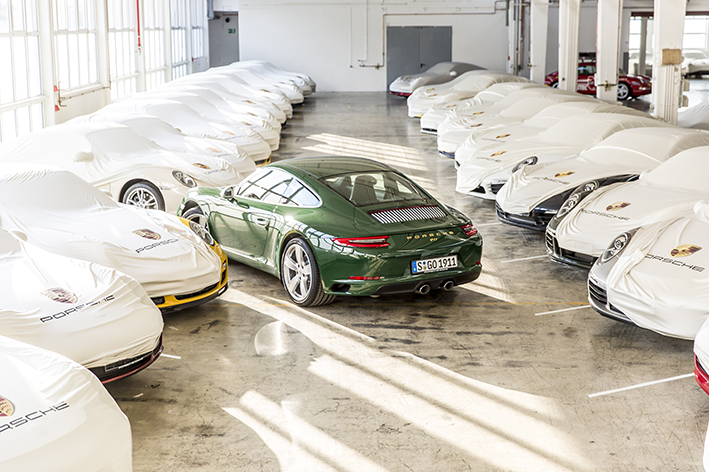 A total of seven new brands have been added to the VW Group stable over the last 20 years, including premium marque Porsche in 2012

Serving a digital future
If complexity has characterised the past two decades, digitalisation looks set to shape Volkswagen’s supply chain in the next one. Indeed, group logistics has already played an important digital role for the company, overseeing innovations across operations and helping to encourage them between brands, including the use of automated guided vehicles, RFID wristbands and scanner gloves.

This past year, it worked with an IT specialist to develop a cloud-based web module that automates and standardises transport shipping notifications between Volkswagen, tier suppliers and logistics carriers. The system, called Discovery, helps eliminate manual processes by communicating between different IT systems or connecting companies that have lacked digital connections. Volkswagen is currently rolling out Discovery across the group’s 5,000 suppliers in Europe, with logistics providers to follow; eventually, all supply chain stakeholders will use it.

In future, Zernechel envisions even more radical changes for logistics. Automation and autonomous movement will increase, leading to algorithm-based “self-organising logistics systems”, as well as improved transparency across the supply chain. As such, he sees the role of logistics changing within companies as well as society – for example, service providers could oversee new mobility concepts that combine goods and people transport in urban areas.

“This will bring new challenges and business models for logistics service providers,” he predicts.

While technology will drive many aspects of the supply chain, Zernechel emphasises that logistics also depends on “low-tech” efficiency, such as minimising empty flows to improve fleet utilisation or increasing packaging fill rates.

“You shouldn’t only think about sophisticated new logistics processes, but also normal processes to fill up your containers and trucks,” he says. “When you are able to get a little bit better every day, you can succeed in keeping logistics costs stable.” 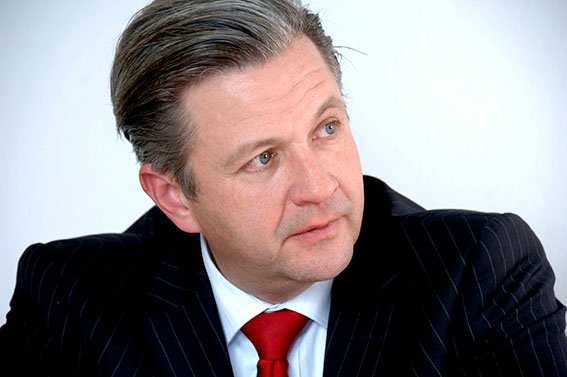 Improving with age: Thomas Zernechel when Automotive Logistics interviewed him in 2007 (above) and in 2017 (below)

A growing strength at the centre 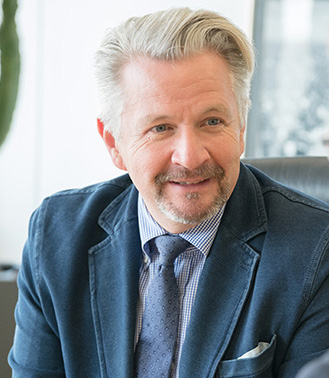 Twenty years ago there was no central steering logistics function across Volkswagen Group. Most logistics planning, scheduling and management was handled either at brand level or at indivdual plants and each company had its own logistics process, IT and planning.

Cross-brand freight purchasing did exist through Volkswagen Logistics. A version of this entity was founded as early as 1965 as a subsidiary to handle the carmaker’s air and sea transport; by 1990 it was reincorporated to purchase freight services for Volkswagen and Audi, and later other brands that joined the group. Volkswagen Logistics (earlier Volkswagen Transport) in some ways even competed with third-party providers vying to serve group brands in freight, packaging and shipping. For decades, it has chartered vessels to move vehicles from Germany to North America and back, for example.

Volkswagen established a central group function in 2004, led by Thomas Zernechel. Konzernlogistik brought together management features like programme planning, demand capacity management and logistics concepts. Volkswagen Logistics remained separate initially, but in 2009 it was consolidated into group logistics, combining network design, programme planning and IT responsibilities with transport purchasing and freight management across brands and markets. Konzernlogistik is thus a GmbH, the German equivalent of a limited liability company, and it still buys or leases capacity from carriers and then sells logistics services to the brands.

From 23 people when it started in 2004, group logistics has grown to nearly 800 employees today, mostly in Wolfsburg but also at other plant locations in Germany and central Europe, plus some global locations, including a new North American office in Puebla, Mexico. Zernechel says around 200 employees are responsible for steering and governance of logistics, while the rest focus on the purchase and selling of transport capacity.

Zernechel emphasises that each brand retains its own logistics organisation, with considerable control over their supply chains through Markenlogistik (brand logistics), regional logistics teams and plant logistics staff. These departments manage their own direct supplier shipments, purchase some local logistics services, run internal plant and warehouse operations, and carry out knockdown kit packing, for example.

Group logistics’ role is to coordinate shared opportunities in the supply chain, as well as to establish standards and regulate transport capacity with production and sales demand. “The individual departments no longer work separately but in cooperation. Procurement, logistics, capacity, development and sales are all organised in holistic supply teams,” says Zernechel.

“Through this approach, we achieve significantly better capacity delivery and utilisation in accordance with the wishes of the sales departments. Logistics controls these cooperative processes within the Volkswagen Group.”

He stresses, however, that the structure works thanks to the cooperation and trust that has developed between brand and group logistics. Zernechel is not the ‘boss’ of Markenlogistik leaders in the group’s formal hierarchy, for example. “But it is accepted that, as leader of group logistics, I lead logistics processes,” he says.

Learning from the past
The Volkswagen Group has had its ups and downs in the past 20 years, not least lately as it works through the ‘dieselgate’ scandal. For logistics, the past two decades have mainly been about expansion. However, Thomas Zernechel also points to lessons the company needed to learn in logistics along the way.

An example is in strategies for picking and line feeding in plants. With a growing number of parts in the past decade, production managers at many plants wanted to move away from traditional two container ‘kanban’ processes. In this method, there are two full containers on the assembly line; when the first is empty, the worker pulls the second one to the front, which triggers an order for another container. To save space on the line, however, the plants tended to prefer parts delivery in a ‘one-piece flow’, arriving in pre-sorted kits on demand, for example.

The one-piece flow has required the creation of parts supermarkets throughout the shopfloor to allow for parts consolidation and picking, which demands considerable space, handling and labour. While it can be highly effective for factories with limited space on the line and a high degree of parts variety, Zernechel points out that it is not universally required. Plants with enough room on the line can save considerable plant area and labour by defaulting to kanban wherever possible. 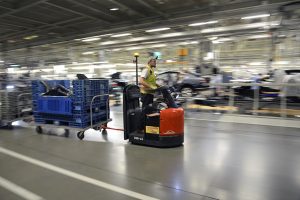 After occasions when plants may have picked too many parts, Volkswagen now seeks more simple kanban processes wherever possible
.

“In the past we have at times picked too many parts and created too much complexity,” he says. “Now, we make a more targeted selection of order picking volumes.”

While Zernechel cites picking as an example of how different plants and regions require individual solutions, he also stresses the importance of using established processes as much as possible. He thinks it has also been a mistake in the past to launch plants with everything new, not only products and suppliers, but also new IT and transport processes.

“Inevitably, the plant will have new products, new people and new suppliers from the region,” he says. “But it is a mistake to also try to do it with new processes and systems, as that can expose you to risks and threaten delivery stability.

“We’ve had to learn this lesson, but now we know to bring stable, robust processes to all of our new sites.”