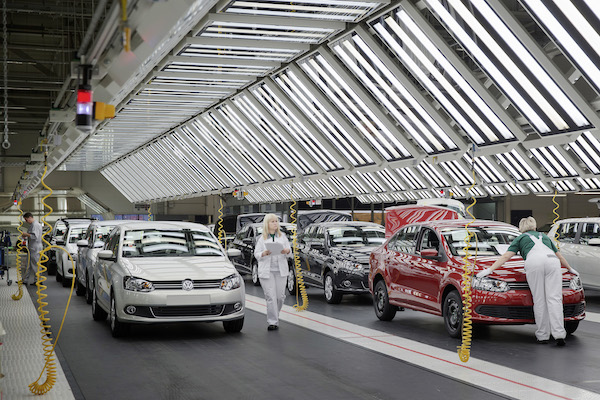 Volkswagen plans to invest Rub40 billion ($630 million) to develop its output in Russia under the terms of the special investment contract (SPIC) the carmaker is about to sign with the Russian government.

VW intends to expand its production range in the finished vehicles sector and to significantly increase engine production over the next five years, Marcus Osegowitsch, general director, Volkswagen Group Rus said. The carmaker is seeking to double the production of its 1.6 Tsi engine at the Kaluga plant – from 150,000 units to nearly 300,000. In addition, VW may start manufacturing 1.4 Tsi engines in Russia.

Given the current tariff policy and increase in utilisation fees, it is no longer feasible to continue importing low-price finished vehicles into Russia, so VW is seeking to localise their production, Osegowitsch said. This year, the OEM plans to start assembling the Skoda Karoq in Russia, and there will be more new models launched in the next few years, according to Osegowitsch.

VW has already been exporting 1.6 Tsi engines from its Kaluga plant. In 2018, the carmaker supplied 44,000 made-in-Russia engines to finished vehicle assembly plants abroad, primarily in the Czech Republic and Spain. VW was planning to export engines from Russia to the Czech Republic, Poland, Spain, Mexico and SAR in 2019, the company previously reported.

No new plants?Speaking at a press-conference a few weeks ago, Russian industry and trade minister Denis Manturov said that the government wanted VW to localise production of some new components, like transmissions and gear boxes. This was one of the conditions for signing an SPIC with the government.

A source at VW, who did not want to be named, told Russian newspaper Kommersant that the localisation of transmissions in Russia did not seem to be “economically reasonable” for the carmaker.

For VW, it makes more sense to expand existing capacities, rather than create new ones, commented Sergey Udalov, senior analyst of the Russian consulting agency Avtostat. If the carmaker starts manufacturing gear boxes or transmissions, it inevitably would need to look for local tier suppliers. There is also a need to establish an export supplier, Udalov said, adding that engines had much bigger export potential, compared to other components.