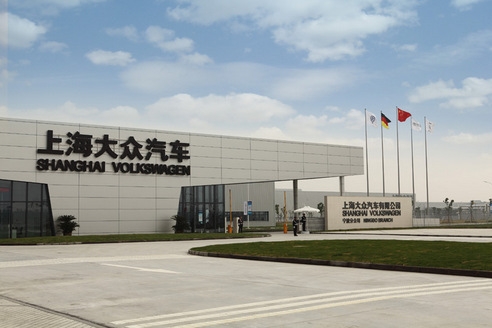 Volkswagen Group China has revealed plans to begin shipping cars from the country to emerging markets, beginning with South-East Asia. A pilot shipment is being made to the Philippines this month. The announcement follows similar moves by other carmakers over the last year, as China shifts towards becoming a global vehicle exporter.

The German OEM said the move would expand the group’s product line-up in emerging markets and was a milestone in its relationship with its two long-standing partners.

The export programme, scheduled to start fully in March, will be coordinated through the Volkswagen Group Import Company so that capacity utilisation in other regions is taken into account. The target is to deliver “several thousand cars” to customers annually in South-East Asia in coming years, sold through existing sales channels in the respective countries.

“The plan to expand into exports is another pioneering effort for Volkswagen Group China,” said Weiming Soh, who is the division’s executive vice-president for strategy and sales and marketing, as well as chairman and CEO of the group’s import company. “It represents the next step in the ongoing expansion and development of our joint ventures and underscores the fact that their products can compete internationally.”

Stronger export linksThe last year has seen similar moves by other joint ventures based in China. GM said in November last year that it had started exporting the Chevrolet Sail from its joint venture plant with SAIC in China to Mexico and the Caribbean.

The carmaker confirmed to Automotive Logistics that as of late October, the models being sold in those markets were being built in Yantai, the port city in Shandong, where the SAIC-GM Dong Yue plant that makes the Sail is located. It is already importing volumes of its Buick Envision SUV and Cadillac CTS to the US from China.

Another notable China-made export that has begun over the last year is Volvo’s S90, which is being shipped from its Daqing plant by rail to Zeebrugge in Belgium for onward shipment to European markets. Volvo is owned by Chinese carmaker Geely and said in 2016 that it planned to increase production capacity in China and make it into its global manufacturing and export hub.

Speaking at last year’s Automotive Logistics China conference, Xu Changming, vice-president of the government’s State Information Centre, said the export outlook in the country was optimistic and had followed improvements in quality on the domestic market.

“You have to do well in the Chinese market first; if you don’t do that, it is difficult to go out of China,” said Xu, citing previous problems with exports to Iran. He said he expected it would take another two to three years before vehicle exports really became large scale, but that the outlook was positive.

China’s export trade in vehicles and parts is expected to benefit from the country’s ‘One Belt, One Road’ initiative, which is designed to boost infrastructure and trade links with Europe, Central Asia and Africa. That includes overland road and rail links between Europe and Asia and stronger maritime links with South-East Asia, Oceania and North Africa.

At the Belt and Road Forum for International Cooperation held in Beijing in May last year, China’s president Xi Jinping announced investments of $124 billion. That included a $14 billion investment in the Silk Road Fund and around $19 billion given to the Export-Import Bank of China for infrastructure, industry capacity and financing. China is also pouring $36 billion into special lending schemes at the China Development Bank.