What will having Russia under GME mean for logistics?

General Motors’ decision to put its Russian operations back under the management of General Motors Europe (GME) should mean that its purchasing and logistics operations will eventually be combined again too, although GM has declined to confirm details on logistics management at this time.

However, the move might have few immediate implications for the day-to-day management of the supply chain, as many operations in the region appear to have already been reconnected under Gefco.

Last week GM confirmed that, starting January 1st, the company’s Russian division would be integrated into GME, combining Russian production and sales of GM brands in the same organisation of the company’s lossmaking Opel/Vauxhall unit. Russia has been managed for the past several years in Shanghai under the carmaker’s GM International Operations (GMIO) unit, which includes markets in Asia Pacific, Central Asia, Africa and the Middle East. GMIO has also had responsibility for Chevrolet vehicles in Europe, most of which are built in South Korea.

A spokesperson at Opel/Vauxhall said that it was too early to discuss how the management of logistics would be impacted with the reintegration of Russia to GME. [sam_ad id=6 codes='true']

However, sources have indicated to Automotive Logistics that GM has already been reintegrating logistics management in Europe under its logistics outsourcing agreement with Gefco. When Gefco assumed control of logistics purchasing, planning and operations for the carmaker earlier this year as part of GM’s alliance agreement with PSA, the logistics provider assumed control of logistics operations in Europe, Russia and Turkey across all GM brands, including Chevrolet and Cadillac.

GM had previously broken up logistics management between Opel/Vauxhall and Chevrolet in 2009, when the carmaker had planned to sell Opel to tier supplier Magna. GM later decided to keep the brand, but has kept some operations and systems separate from Chevrolet, including some separation for finished vehicle and spare parts logistics.

Earlier this year, Automotive Logistics learned that the Gefco project would put these operations back together, including the transfer of a number of Chevrolet and Opel/Vauxhall employees to Gefco, as well as by implementing a Europe-wide freight audit and pay system for logistics providers.

In Russia, Gefco had already been a large provider for GM for inbound and outbound logistics before it took over full responsibility earlier this year. 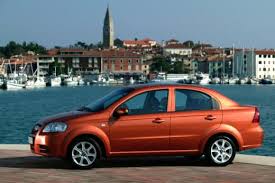 Boost to Opel financials
Analysts have largely seen the shift of Russia back to GME as a move to help improve financial reporting for Opel. The brand has suffered losses for more than a decade, and has been particularly hard hit by the declining European market, which is set to fall this year for the sixth consecutive year. Opel has limited sales outside of Europe. It exports a relatively small amount of cars to China, for example, while earlier this year it pulled out of Australia just a year after entering the market.

GM has been increasing local plant capacity and sourcing as part of an industrial agreement with the Russian government, that will allow it to retain favourable import tariffs. The carmaker is expanding its plant in St Petersburg and building more Chevrolets in Nizhny Novgorod on contract with Russian OEM, Gaz. Production capacity is expected to reach 350,000 units per year by 2016.