Will Russian investment be left out in the cold? 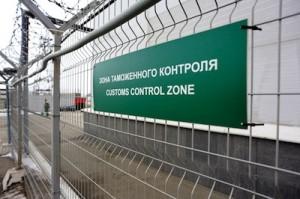 Troubles in the Russian market and the crisis with Ukraine could be discouraging some investment by the automotive and logistics industries. However, production and localisation plans in the country don’t yet appear to have changed.

During an interactive voting survey conducted at Automotive Logistics Europe, delegates were asked in which region they would invest most during the next five years. While Asia was the top answer at 39%, followed by Western Europe at 24%, there was not a single response for Russia. Central and Eastern Europe, meanwhile, received just 3%.

The survey was made up of around 200 executives from OEM, tier one and logistics providers at the event and another 100 who participated via live streaming. While this was not a scientific representative sample of the European automotive logistics industry, it reflects a troubling shift in the Russian market, which analysts had previously predicted to surpass Germany as Europe’s largest new vehicle market by 2015.

The Russian light vehicle market declined 5% in 2013 to 2.73m units, and has so far dropped 4% in the first two months of the year compared to the same period last year. Martin Gartside, senior manager of the Autofacts strategy group at PwC, said that the recent issue with Ukraine, which could lead to economic sanctions on Russia from the US and the EU, could push the market even lower. But beyond the crisis, he suggested that investment in Russia may have already exceeded demand.

“Russia has significant demographic hurdles, and faces a demand ceiling,” he told delegates. “[PwC] doesn’t ever see Russia exceeding 4m units, and the peak could possibly be even lower than that.

“There has been a lot of investment in Russia and it still has growth potential, but it is possible that the investment has exceeded demand there and there might be a shift to exports to use that capacity,” he went on. “Russia faces hurdles, and the Ukraine crisis could make it more negative.”

Carmakers, including Renault Nissan, General Motors, Volkswagen and Ford, have been investing substantially in Russia, driven in part by agreements to meet production and localisation targets in exchange for zero import duties. Manufacturers at the event suggested that the current situation in Russia would not lead them to change course. 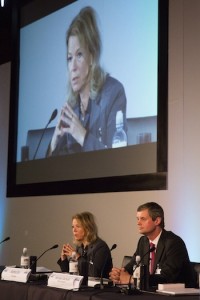 “We won’t change our plans in Russia,” said Andrea Eck, general manager of outbound logistics at the Volkswagen Group. “We will continue to focus on our production in Kaluga [south of Moscow] and we also use the Gaz factory in Nihnzy Novgorod to be as close as possible to our customers.”

Karl Lukas, head of supply chain management and logistics services at Magna International Europe, which has a number of plants in Russia, told Automotive Logistics that he did not see any evidence yet of a major slowdown or change of course in Russia. “The volume has been slow but I don’t think the Ukraine situation will change things dramatically,” he said.

Mathias Schulz, director of material planning and logistics at Ford Europe, however, admitted the situation was very uncertain. “Nobody has a clue about what will really come next in Russia,” he told delegates. “The market may be about to crash, and we will have to respond to that.”

Join us at Automotive Logistics Russia this June to discuss the complexities of the Russian supply chain.