Windmills squeeze out vehicles at Montevideo 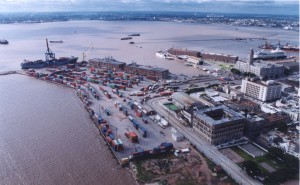 Vehicle importers at the Uruguayan port of Montevideo are seriously concerned by a 50% reduction in the amount of space given over to inbound vehicles. They suggest that the situation could get worse.

According to Julio Martínez, head of the Uruguayan Automotive Business Association (ACAU), which represents 23 companies in the sector, the main new vehicle import terminal in the country has been reduced from seven hectares to little more than three. To all intents and purposes this means that the number of slots in the port is down from 5,000 to around 2,500, despite the fact that there has been no let up in the number of consignments entering the country. In evidence, he stressed that, in 2007, 43 ro-ro vessels used the port, rising to 81 in 2012.

For its part, ACAU raised the problem a lack of space last September, although Martínez pointed out that there seems to be no solution, since the National Ports Authority has prioritised available space for other traffic sectors, in particular material for wind farms.

ATM, the main terminal company, has suggested that an abandoned area of the port, which is currently covered in rubbish, could be used for storing imported vehicles. However, Martínez noted that this would provide just 180 units. Indeed, he added that all three solutions so far put forward by the port would have involved cost increases for manufacturers.

He said the grave shortage of space is the reason behind it taking five days to extract 660 cars from the port. Should the situation get too much worse, it will be difficult for vessels to offload any new vehicles. This, said Martínez, would invariably result in consignments being diverted to regional rivals, such as Santos, in Brazil, or Zárate, in neighbouring Argentina.