With solid financials, Gefco looks to acquisition and growth 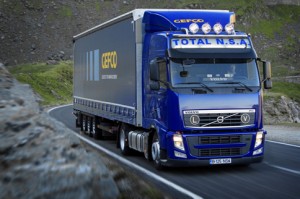 The Gefco Group has announced positive results for 2013, including higher revenue and net profits, although difficult automotive markets in Europe and costs weighed on its operating profit and margin. While Gefco is facing risks over the Russia-Ukraine crisis, the company has charted an aggressive growth plan, which is likely to include acquisitions as well as further expansion in global markets.

Speaking to journalists during a press conference in central Paris, Luc Nadal, chairman of Gefco’s executive board, called the results “very solid”, particularly since Gefco’s biggest customer and former majority owner, PSA Peugeot Citroën, saw further sales decline in 2013, as did Gefco’s biggest market, France, southern Europe and Russia. Gefco attributed the increases in its revenue to activities in central and west Europe, including for GM operations, as well as in Latin America.

Including the GM contract, Gefco saw further diversification in its customer base, with non-PSA business surpassing €2 billion to make up more than 50% of global revenue, compared to 42% in 2012 and 38% in 2011. Among the logistics company’s major clients, Gefco reported overall growth of 5.5% compared to 2012.

A changing customer base

At €2 billion, PSA remains the base customer for Gefco, as well as a 25% shareholder. In 2012, prior to the capital sale, Gefco signed a 10-year contract with PSA to be its exclusive global provider, which includes a shorter period of exclusivity. The contract was seen an important guarantee for an investor in Gefco. It did, however, put more competitive rates in place. Nadal also told Automotive Logistics that it has put more pressure on Gefco to find other customers and to reduce costs.

The GM contract, however, has become another pillar of Gefco's business, as the provider has taken over responsibility for logistics management and purchasing in Europe, as a part of a push by the carmaker to lower its logistics costs. Seven years in duration, it covers inbound logistics to 12 assembly and component plants in Europe and Russia, as well as outbound logistics for around 1m vehicles per year. Gefco has created a dedicated, 170 person 4PL team, based both at Gefco's headquarters in Paris as well as at eight 'antennae' located close to the plants. According to Nadal, the operations have so far been meeting expecations for both GM and Gefco, including the €24m integration costs.

Indeed, much of Gefco's revenue increase last year in absolute terms appeared to have come from the GM contract, which made up 14% of the company's revenue for the year since coming into effect on April 1st 2013. For the full year, the GM contract is expected to represent 18% of revenue, said Nadal.

The company has continued to pursue an expansion plan both to the east into Russia and Central Asia, as well as globally in emerging markets. In 2013, Gefco opened new subsidiaries in Mexico, United Arab Emirates and in Croatia. It also established a ‘cluster’ of 50 people in business development and sales in Moscow, with the specific target of increasing business in what Gefco calls the ‘1520 zone’, which includes Russia, the Baltic states, Ukraine and Central Asia (1520 refers to the different rail gauge used in former Soviet countries compared to much of west Europe).

“This cluster is just slightly smaller than the central sales and commercial team that we have in Paris, which means Gefco has made a considerable investment in expanding in this area,” said Nadal.

For 2014, Gefco has targeted a double-digit percentage growth to €4.5 billion, with expectations that operating profits will rise 28% to €122m, helped by the establishment of the 4PL operations and from the cost benefits of a recent change in Gefco’s IT outsourcing. The company will also increase its presence in a number of markets including Algeria, where operations officially started in January. Nadal indicated that Gefco was considering further expansion in the Middle East and Southeast Asia. The group currently has 37 subsidiaries.

On the prowl for acquisition and growth 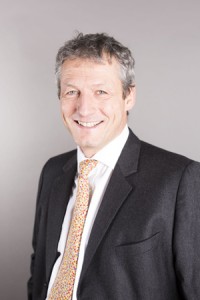 Nadal revealed further that with a low net debt, and rising free cash, Gefco is in a position to make acquisitions. The main targets would be operations in finished vehicle logistics and overseas (including freight forwarding), particular in China, India or Southeast Asia. But Nadal did not exclude the possibility of acquiring companies in west Europe or even France.

Nadal suggested that the range in acquisition price would be €50m-€300m. “We would not look to acquire a big operator, as we want to keep our asset light business model,” he said. “It’s important that we would be able to integrate any company into our business.”

Any acquisition would be part of Gefco’s longer-term target, which Nadal revealed to be €8 billion in revenue by 2020. Of that total, he said that about €1 billion would likely come from potential acquisitions, with the rest organic growth.

Diversification is expected to play a major role in the planned expansion. By 2020, for example, Gefco expects that PSA will account for 29% of its business (from around half today). Clients from the 4PL business, which is today dedicated to GM but which Gefco hopes to expand, will represent 11%. Other industrial clients, which today make up 35% of revenue, will reach 43%.

Significant growth is expected in the ‘1520’ zone. While Gefco’s business in Russia, including international and domestic operations, is currently around €300m per year, the wider region is expected to make up 17% of sales by 2020 (or more than €1.35 billion).

Nadal admitted that Gefco faces risks in meeting its short and long-term targets. The potential for more sanctions by the US and the EU against Russia over the annexation of Crimea or any further moves into Ukraine could have a significant impact on Gefco’s current business with Russia. Nadal pointed to an already weak Russian market for vehicles, which could fall further in light of sanctions and a declining Russian ruble.

RZD’s chairman, Vladimir Yakunin, is already on the US sanction list, although not yet on that of the EU.

Nadal maintained that Russia’s long-term growth prospects remained strong, and cited the advantages of being owned by RZD, including better access to Russian companies. He also pointed to potential growth along the China-Russia rail corridor.

He admitted, however, that "open doors were not always enough" to gaining further business in Russia, and that many companies remained reluctant to outsource their supply chains.

“Gefco’s know-how, including the management of complex supply chains, isn’t fully applicable in Russia yet because of the market’s maturity – but that is changing,” he said.

Gefco also faces challenges closer to home. Nadal admitted that the company is losing money in French groupage transport operations, as the market faces overcapacity even after the recent failure of a large French provider. Gefco currently has around 1,400 employees in its French groupage network. Nadal said that the company was not currently planning to close any operations but suggested further restructuring would be necessary.

“I think that unless there is a tremendous economic recovery in western Europe, there will be further consolidation in the groupage sector,” said Nadal.

"Gefco’s know-how, including the management of complex supply chains, isn’t fully applicable in Russia yet because of the market’s maturity – but that is changing" - Luc Nadal, Gefco GroupHe added that larger industrial clients, including carmakers, have looked more towards milkrun services than groupage to supply factories, which has contributed to the decline. Groupage does include a number of automotive spare part operations, however.

Nadal told Automotive Logistics that the biggest challenges to Gefco doubling its size – major economic crises aside – would be human resources and “culture” rather than asset investment or cost cutting. Nadal admitted that it took longer to establish its Moscow cluster than planned because of the difficulty in finding and keeping skilled personnel in Russia. Likewise, while Nadal said that Gefco was benefiting from the strategic support of RZD, he admitted that the cultural mindset of running asset light operations and transport engineering was still new to the wider group. Although owned by a rail operator, for example, Gefco has to ensure that “intelligent” transport planning was the heart of its business, rather than privileging any specific mode.

“Part of what we have to bring to RZD is more analytical intelligence and engineering on transport modes, including to challenge ideas in the railway business,” said Nadal.

Check back for more upcoming analysis and interviews with Gefco and its chief executive, Luc Nadal.