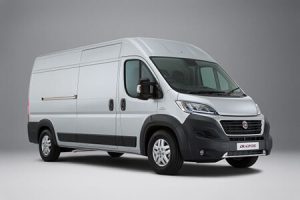 The EU expects Russia to remove the anti-dumping duties on LCVs altogether, according to EU trade commissioner, Cecilia Malmström.

The anti-dumping duties were introduced in May 2013, following an investigation conducted by the Russian federal authorities into the Eurasian Economic Union. They affected commercial vehicles of 2.8-3.5 tonnes gross vehicle weight (GVW) with diesel engines up to 3.0 litres, including both cargo and passenger vehicles.

Germany and Italy were exporting LCVs worth €120m ($148m) annually, prior to the introduction of the anti-dumping duties. Exports nearly stopped altogether in 2013 because the 23-30% duties made their vehicles uncompetitive, however.

The move to cut duties could have serious consequences for Russia’s domestic LCV market. In early 2018, it was ranked the sixth largest in Europe, according to research conducted by Russian consultancy Autostat. In February 2018, 7,800 LCVs were sold on the Russian market, up almost 10% on February 2017. Russian vehicle-makers Gaz and UAZ together accounted for 60% of those sales. The largest foreign carmaker, Ford, sold 747 LCVs in Russia in February, meanwhile, up 92% over February 2017.

A spokesperson for the automotive industry told Autostat it was hard to predict whether German and Italian carmakers would be able to reclaim their previous share of the Russian LCV market, once duties were removed.

The spokesperson said imports from Germany and Italy used to account for 30% of the Russian market, but that over the past five years the situation had changed, with the domestic market shrinking and the rouble-euro exchange rate collapsing. There have also been several important localisation projects in Russia in that time.

Another spokesperson from a Russian automotive company told Autostat the WTO Appellate Body’s decision would not change things dramatically, as the anti-dumping duties had originally been put in place for five years and were anyway due to be lifted by mid-2018.

PSA Peugeot Citroën said in a statement that it had not received any confirmation from the government that anti-dumping duties would be abolished. The vehicle-maker said it would probably have to adjust its pricing policy for the Russian LCV market, once the duties were removed, but did not provide further details.