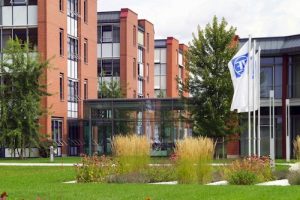 In one of the biggest supplier takeovers for some time, it has been announced that parts and systems supplier ZF Friedrichshafen is acquiring safety systems provider TRW Automotive Holdings for $13.5 billion.

The deal will lead to the creation of the second-largest automotive supplier in the world, with 138,000 employees, and a pro forma combined revenue of around $41 billion (€30 billion). Shares were valued at $105.60 each. Based on shares outstanding, TRW’s equity has been valued at around $12.4 billion, and including an assumption of debt, TRW’s total enterprise value is set at $13.5 billion.

ZF’s CEO, Stefan Sommer said that the deal will close during the first few months of 2015, after being in the planning stages since mid-July 2014. TRW will be operated as a separate business division within ZF, the company has said.

The deal will give ZF, a company focusing on driveline and chassis technology, access to TRW’s technology, which is mainly focused on active and passive safety systems. ZF said in a statement that it will be able to capitalize on trends in the automotive industry and serve high growth areas such as fuel efficiency, increased safety requirements and autonomous driving.

“We have long respected ZF as a very successful company in our industry with similar values and focus on innovation,” said TRW’s CEO, John Plant. “This transaction provides significant benefits for our shareholders who will receive full and certain value for their shares, as well as for our employees, customers and communities, all of which will reap the benefits of being part of a larger, more diversified global organisation.” [sam_ad id=6 codes='true']

In order to avoid anti-trust issues, ZF also announced it is selling its 50% stake in a steering systems joint venture to Robert Bosch, its partner. For an undisclosed amount, Bosch will acquire ZF’s stake in the ZF Lenksysteme venture, which was created in 1999. The venture is global, with facilities in the US, Europe, China, and Brazil, and has an annual revenue of around $5.3 billion. A few days earlier, TRW also agreed to sell its engine valve business to Federal-Mogul, for $385m, saying the deal would allow the company to focus on its safety technology business.