3PLs in China are raising the bar 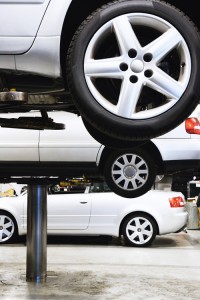 China, as this magazine has long noted, is a complicated automotive logistics market. State-owned carmakers tend to have affiliated logistics providers to handle their transport and parts-handling labour across the domestic supply chain, including for the joint-venture plants that have dominated recent growth. While western or independent third party logistics providers are strong in international logistics, within China they usually join forces with state-owned providers, subcontract from them, or fight for the remaining flows from non-state-owned carmakers.

However, there are signs that the landscape is slowly changing. Some newcomers to the country, such as Chery JLR, have built logistics networks without an incumbent provider, choosing an array of joint venture, local and foreign logistics providers. Other carmakers have also looked for diversity in their logistics, while even affiliated logistics providers tend to work closely with western or independent 3PLs.

Perhaps even more evident is that providers of all kinds in China are facing more competition and pressure to reduce costs. The automotive sector continues to expand – production reached 23.5m units last year and is predicted to rise 7% in 2015 – however the growth rate has slowed compared to recent years, while labour, land and transport costs are rising faster. Some parts of the logistics market are also getting crowded. Christopher Tiffany, regional vertical lead for automotive in Asia Pacific at logistics provider UTi, expects some to exit the market. “We are seeing a great deal more competition. Many providers are chasing after too few deals, so there will be rationalisation in the 3PL sector.”

However, OEMs are also more interested in providers with the right equipment, processes and IT systems to help them control logistics costs and service. To meet these demands, LSPs are forging new alliances or deepening partnerships to combine local market expertise with international access and best practices. With that, there are many signs of investment in productivity and transport efficiency.

Costs on the up and up

Andrea Ambrogio, managing director of Gefco China, notes a trend towards leaner logistics that is leading companies to develop more cost-efficient and green solutions. “OEMs are shifting their demands from price-oriented to quality-oriented and customised services,” he says.

Yang Wang is executive director and general manager for Changan Minsheng APLL Logistics (CMAL), which serves the complete supply chains for Changan Auto, Changan Ford, BeiBen Truck, Visteon, and Cheng Shin Tire, among others. He observes that as both competition and cooperation increase, global providers are quickening their deployment pace in China. “The acceleration of the domestic logistics industry’s cross-regional and cross-brand merging and reorganisation is driving it to deploy nationally and expand rapidly,” he says.

Yang says that although OEMs such as Changan Auto are decreasing their costs by at least 5% per year, operational cost are rising faster. Labour costs are increasing by about 13% annually and warehouse rentals are rising by about 8%. Furthermore, taxes on road transport of finished vehicles rose from 3.36% to 7.62%, and taxes on parts storage and distribution rose by an average of 2%. 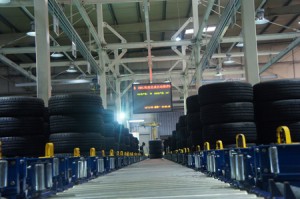 The pressure on logistics labour is also notable as volumes increase. Among Gefco’s business in China is a joint venture with Dongfeng Automobile’s in-house logistics provider Hongtai Logistics, which provides a range of labour-intensive services for Dongfeng Peugeot Citroën Automobile’s three plants in Wuhan, including warehousing and in-plant logistics. “Since Wuhan has become one of the biggest automotive production centres in China, it has created a challenge to find and train more local qualified labour,” says Ambrogio. “For some in-plant activities, labour represents 75% of the logistics costs, so quality training is vital.”

Many 3PL executives see these rising costs as the main challenge for their business. Wang Zemin, chief executive officer of Anji-Ceva Automotive Logistics, the largest player on the market, points to opportunities for 3PLs to improve domestic networks with standardised systems and processes, including better visibility and control, more IT integration, and better environmental and compliance standards. Such data-driven service, he notes, is increasingly required by customers, which is partly why Ceva has developed ‘control towers’ to monitor flows in cities like Shanghai and Shenyang.

“We are looking at a more end-to-end approach, including multimodal transportation for customers. More than a service delivery, we see that our customers are increasingly looking at information and analytics to guide their supply chain management,” he says. “They want visibility and real-time information management to provide them with more control over their operations.”

Yang agrees that IT visibility and integration is critical now in China, and that CMAL needs to pull together its information sources. “However, setting up a reliable and efficient logistics information platform is a great challenge,”he reveals. In response, CMAL is in the process of implementing transport management and warehouse management systems.

Other ways that 3PLs are dealing with China’s rising costs are through more efficient transport routing and logistics equipment. For example, by switching deliveries of commercial vehicles from jockey transport – whereupon trucks are driven on their own wheels – to carrier transport, CMAL reduced cost and damage. The provider has also added milkruns to its aftermarket deliveries and has further automated warehouse handling, including an automatic tyre assembly line and sorting system.

Another sign of China’s changing (and maturing) logistics is a growing interest in intermodal and water-based logistics. Anji-Ceva’s Wang Zemin says the demand for flexibility, speed and cost reduction will make intermodal more prevalent in the near future. He also points to the government’s ‘Go West’ strategy as a further driver of multimodal logistics. “We see developing infrastructure moving inland into new regions in the west and north, and correspondingly increased demand for logistics and network coverage moving inland.”

CMAL’s Yang points out that stronger regulations and a crackdown on China’s chronic use of oversized trucks could shift more freight off the road and onto rail and rivers. While he notes an increasing focus on both modes by providers, both have limitations for automotive logistics. Yang says that although CMAL’s highway, railway and river transport network covers most of China’s regions, it is difficult to provide on-time, efficient and high-quality customer service in all areas because of long distances and short-term transport capacity restrictions. 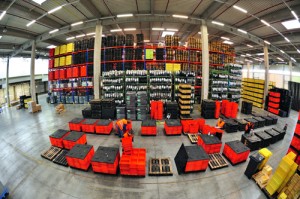 CMAL is thus deploying regional nodes along China’s river and trunk lines that will integrate finished vehicle storage in the market to improve accuracy and ensure the efficiency of intermodal transfers. CMAL has already set up vehicle service centres in Wuhan, Wuhu, and Xi’an, and is moving forward on other such projects, all of which will gradually constitute a national transfer station network. Furthermore, CMAL is gradually reducing its proportion of long-distance road transport by improving its river and railway capacity. To do so, it is strengthening cooperation with Minsheng Shipping, Changjiang National Shipping, and China Railway Special Cargo Services.

To further expand in the Chinese market and beyond, UTi Worldwide and Beijing Changjiu Logistics, the largest independent automotive logistics company in China,recently formed a one-year alliance to explore new business, after which they may form a joint venture. UTi’s Christopher Tiffany says the relationship is mutually beneficial – Beijing Changjiu Logistics is known for finished vehicle logistics in China and UTi has a worldwide presence in automotive parts and warehousing logistics. Areas of focus for the companies will include contract logistics and international rail logistics. UTi and its management are betting that Beijing Changjiu’s independence in the Chinese market will be a long-term strength (see interview with UTi’s new CEO, Ed Feitzinger).

UTi and Beijing Changjiu are also exploring rail services between Europe and China via Russia, joining companies such as Gefco and DB Schenker, which have also offered such routes. UTi is looking at northern China in particular, where Beijing Changjiu Logistics is strong in warehousing and finished vehicles deliveries. “We may invest in a freight corridor, which is something that we can scale up quickly since the infrastructure is already in place. We are in talks with the railway, the government and customs,” says Tiffany.

"Europe and the United States are squeamish about moving freight through Russia recently due to the current political situation, but China views the route as a stable environment" - Christopher Tiffany, UTi

UTi already has customers in Germany that could be linked to those in Korea and Japan by Eurasian rail. It could ship railcars from Duisburg, Germany to Harbin or the port of Dalian in China and from there by sea to Korea or Japan. At this point, shipping between Busan, Korea and Germany is done by either air or ocean, with a delivery time more than twice as long as the rail option would be.
According to Tiffany, the company is targeting less-than-container load (LCL) freight rather than full containers. “LCL offers a substantial margin per cubic metre and we do not need to worry about filling all 40 or 41 railcars,” he says.

One of UTi’s challenges is to educate customers about the Trans-Siberian Railway, including transit time, environment, and safety. “Europe and the United States are squeamish about moving freight through Russia recently due to the current political situation, but China views the route as a stable environment,” observes Tiffany.

UTi also needs to provide visibility and assurances that cargo is accounted for. While in transit, the customer may have to wait one or two days for an update, so Beijing Changjiu Logistics designed a data box with GPS that captures events in real time. It measures vibrations, shaking, temperatures, and can tell when transit has stopped.

Tiffany notes a challenge of fragmentation that could arise from China’s current Five Year Plan, which includes building a ‘New Silk Road’ between Changchun and Berlin. Each government with a rail link is promoting its own section, so central China and Zhengzhou are competing with governments in Heilongjiang and Harbin to capture the business.

“There are only a couple of strategic cross points and each government is going after them through subsidies,” says Tiffany. “The initial subsidies are for using the gateway but that would last only for a certain period, and then what?”

From big to strong

While China’s overall economic growth may be slowing, there are still many signs of growth from the country’s 3PLs. Yang says CMAL is being propelled by rising aftermarket volumes in parts and tyres. For example, along with big increases in vehicle sales, Changan Ford’s aftersales parts logistics business has been increasing at an average rate of 20% annually during the past four years. CMAL is also developing its aftersales logistics business for other brands. 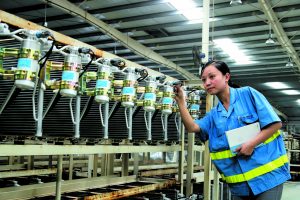 Denmark’s DSV Logistics, which provides import and warehousing services for parts and vehicles to China, as well as inbound and aftermarket logistics, opened five new facilities in the country last year – two in Shanghai, and others in Wuxi, Shenyang, and Tianjin. Guillaume Burette, general manager of logistics for China, says DSV’s fastest growing services are non-bonded storage, inbound production logistics, and airport bonded platforms for regional and global distribution. An example of the latter is its new Pudong Airport free trade zone transhipment warehouse. Burette adds that DSV plans to operate in new cities soon, such as Nanjing, Chongqing, Xian, Qingdao, and others. Along with warehousing, its key target is to build a stronger domestic delivery service.

For its part, Dongfeng Gefco has nearly doubled the size of DPCA’s warehouse to about 6,000 sq.m compared to two years ago, and has increased its workforce.

China’s central economic policy has shifted in recent years from double-digit growth, to an emphasis on quality and competitiveness. The automotive supply chain appears to be following the same path, although considerable expansion is still evident. But with costs rising, and pressure on capacity likely to persist, 3PLs in China must not only be able to shift metal, but also prove that they can improve their customers’ supply chains year on year.