Alastair Welch takes over as director of ABP Southampton 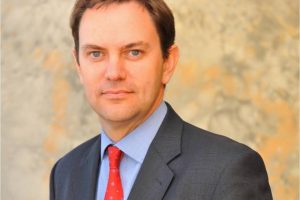 Alastair Welch (pictured) has been appointed the new director of Southampton port in the UK, managed by Associated British Ports (ABP). He replaces Nick Ridehalgh.

Welch, who begins work on Monday (April 9th) was most recently managing director of London Southend Airport and also runs AV8 Advisory, a consultancy providing guidance on airport development and operational improvement, market analysis and route development, among other areas. He previously held a number of management positions at BAA, including at Heathrow and Stansted.

“Alastair brings extensive operational, business development and customer service skills and experience to ABP,” said ABP’s CEO, James Cooper. “I am confident that under his guidance, the port of Southampton will reach new heights.”

“This is a tremendous opportunity and I am looking forward to working with my new colleagues to build on Southampton’s track record of success,” added Welch. “Southampton is a world-renowned port that plays a vital role in the economy of the region and the UK as a whole. I feel enormously privileged to have been asked to lead the team here to ensure it continues to thrive."

Ridehalgh, who has been with ABP since 1991 and was appointed director, ABP Southampton, at the start of 2014, said: “There is a fantastic team at the port and I am proud of everything we have achieved together. I wish Alastair every success. I leave confident that the port of Southampton is set for a bright future.”

“I would like to thank Nick for his service to ABP and the port of Southampton and wish him well for the future,” said ABP’s CEO James Cooper.

Southampton port handled some 850,000 vehicles during the course of last year.