Analysis: logistics in China still needs to shift from big to strong

Automotive logistics providers in the world’s largest market might be saying the right things but the industry lacks transparency in many areas. Christopher Ludwig provides a résumé of the market following an important industry gathering 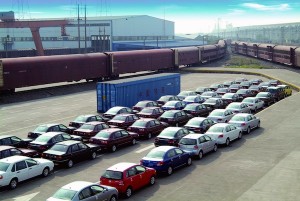 Executives at Chinese automotive and logistics companies speak a remarkably similar language when it comes to reform and development in their businesses, even if it is difficult to tweak out reality from aspirations. At a recent conference in Wuhan for the China Automotive Logistics Association (CALA), part of the China Federation of Logistics and Purchasing (CFLP), almost all speakers used words like ‘transformation’ and the ‘innovation model’ while referring to the ‘next stage of economic development’.

“China’s economic dream is the same as that of the automotive industry: to shift from being ‘big’ to ‘strong’,” said Cai Jin, vice-president of the CFLP, an influential government association. “We need to rejuvenate our nation, and for that the innovation model is the engine for economic growth in the current stage.”

Such views of course match the language of president Xi Jinping and the central government’s emphasis on slower, stable growth, something that has also been a feature of recent Automotive Logistics China conferences (in which CALA is an organising partner). In China, such rhetoric from the government trickles down to state-owned and private companies.

Executives in Wuhan also connected talk of innovation to another pillar of the new Chinese economy, online retailing and ecommerce. That was perhaps no surprise since the conference took place shortly after China’s Guanggun Jie, or ‘Single’s Day’ on November 11th, now the largest online shopping event in the world. Logistics executives spoke universally about the importance of the internet and using mobile technology to improve automotive logistics.

Ouyang Jie, vice-general manager of Dongfeng Motor, and the rotating chair of CALA for 2015, spoke of “a new mentality” and “revolution” for using the internet in automotive manufacturing, sales and logistics. Yu De, managing director at Anji Automotive, part of state-owned SAIC Automotive Group, pointed to greater use of the internet and mobile phones to control transport and storage operations in future. Executives from other logistics companies, including Changjiu Logistics, China Capital Logistics and FAW Logistics, expressed the same ambitions.

Executives are somewhat less specific about the investments and technology that they are pursuing in their logistics businesses to make such transformation possible. Sources at China’s passenger carmakers admit that providers are underdeveloped in the domestic market. Equipment is often old, while there is a slow uptake on paperless systems or electronic messages. Standards vary widely between providers when it comes to maintaining facilities and fleets. Many Chinese companies point to aggressive pricing and cost reduction among OEMs as limits to their potential, forcing them to use sub-standard equipment. 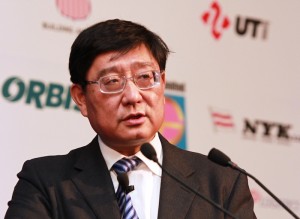 Still a question of scale

In truth, while executives may join party committee members in speaking about moving from ‘scale’ to ‘quality and innovation’, automotive logistics providers are in many ways still grappling with matching volume growth, which is set to rise to 24m vehicles this year.

The volume of material and vehicles that providers move by truck has grown exponentially, at the same time that multimodal logistics has also expanded (albeit more slowly). Large automotive logistics companies such as Anji Automotive, Changan Minsheng and Changjiu boast not only large truck fleets, but own or control vessels that move containers and vehicles, and have established joint ventures with the railways to move parts and cars. Around 1.5m vehicles now move each year by railway, while 2m units or more are shipped along coastal or river routes.

Many of these companies have expanded services and assets across the automotive supply chain, and are arguably more comprehensive in scope than some of their American or European counterparts. Dr Chen Zhigang, vice-minister for Changan Minsheng Logistics, part of state-owned carmaker Changan, described how his company had grown from being a pure transport provider to a “full cycle” logistics company, including inbound transport and storage, in-plant handling, vehicle and spare parts distribution. The company covers Changan’s production and sales in China, especially for Changan Ford’s plants in Chongqing, while its joint venture with APL Logistics, Changan Minsheng APLL (CMAL), is a publically listed company.

The scale of the industry is also allowing other companies to expand their operations and investments, which has been ushering in more scope for capital markets to play a stronger role in automotive logistics. Wu Xin, minister at Fengshen Logistics (in which Dongfeng has partial ownership), predicted that there would be more mergers and acquisitions and stock offerings across the industry.

“We have a ‘go global’ policy, and we need to have good quality and high capacity,” he said. “We need to emphasise timely delivery, and satisfy the demands of our clients.”

Some companies are already winning business or expanding branches outside of China. Sinotrans is involved with  moving material from export hubs in Europe for western carmakers in China. Changjiu Logistics has established branch offices in Germany and is offering international services to China.

However, the signs (and rhetoric) of modernisation cannot fully hide the weaknesses in the Chinese automotive logistics sector. The use of oversized and overloaded trucks for inbound and outbound logistics is perhaps the industry’s poorest kept, dirty secret. If the government were to get stricter about enforcing official vehicle dimensions – and there are signs that it might – the automotive logistics sector would practically grind to a halt.

Zheng Yuqian, vice general minister from Tianjin Anda, has called on the government to work closely with CALA and the vehicle logistics industry to establish an equitable standard that could help companies have effective load factors without compromising quality. “Without a standard, we are like a prisoner constantly waiting for a trial but stuck in perpetual jail custody,” said Zheng. “We can’t act and it is embarrassing. I appeal to the government and the authorities, please give us a standard, we cannot wait any longer.”

According to CALA, a review board is currently advising the government that includes members of major logistics providers and equipment manufacturers, including France’s Lohr, which has presented several European-length trailers to the Chinese government for consideration in its decision.

Other sources point to a lack of transparency across the logistics business. For some logistics companies, particularly Western brands trying to expand in China, it may not be clear where guanxi – strong networks and relationships – ends and corruption begins. One executive at a provider pointed to a culture of bribes endemic in the sector, an issue that has been recognised at the highest levels in China by government efforts to end graft and oust dirty officials.

Other parts of the sector lack professionalism. Companies tend to exaggerate their operations, and it is not always clear the extent to which figures or fleet details are reliable. According to one executive, a provider might claim it has been in business with a company even if it had done little more than participate in a bid (he added, however, that some Western logistics providers also exaggerate their connections and capabilities in China).

"Without a standard, we are like a prisoner constantly waiting for a trial but stuck in perpetual jail custody" - Zheng Yuqian, Tianjin Anda

One executive who spoke privately to me (many working for Chinese carmakers and joint ventures are wary of speaking openly to journalists) said that another area that lacks transparency is in vehicle damages and repair rates. Logistics providers often make arrangements with dealers to repair vehicles that may have been damaged in transport without the OEM knowing. Such side dealings raise questions about indirect costs to the supply chain, not to mention the source of replacement parts or the quality of repairs. 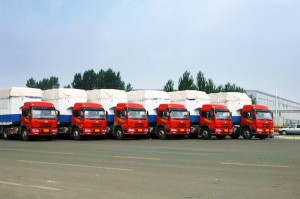 The power of the incumbent guanxi

Private logistics companies, including foreign companies such as DHL, Gefco and NYK, but also Chinese companies such as Changjiu and Tianjin Anda, often gain business with the large OEM groups in joint ventures with incumbent providers, as subcontractors, or by serving separately controlled import and export business for parts and vehicles. NYK and Gefco, for example, have gained contracts for vehicle imports from Europe for the likes of the Volkswagen Group and BMW. WWL and BLG have port processing operations for imports and exports.

Even without ownership links, the power and size of these companies are difficult to compete against. For example, constructing or leasing warehouse and distribution hub space in China can be difficult because of varying government ownership regulations. The large, state-owned providers often rely on their links with government and municipalities to acquire or lease land. As a result, such providers have dozens of warehouses and vehicle depots across China that could be seen as a competitive advantage, particularly over Western logistics companies or private ones with less guanxi.

Logistics providers often make arrangements with dealers to repair vehicles that may have been damaged in transport with the OEM knowing. Such side dealings raise questions about indirect costs to the supply chain, not mention the source of replacement parts or the quality of repairs

None of this is to say that China does not offer opportunities to private or foreign companies. Similar to OEMs, providers have found big business in the domestic market through their joint ventures, such as Anji-Ceva, CMAL and Dongfeng Gefco, while the growth of the sector has meant large providers work increasingly with sub-contractors. In practice, Chinese car groups are highly decentralised and there are many divisions or plants that work with separate companies.

Meanwhile, new or relatively new entrants such as Chery JLR, Qoros and others have looked at wider groups of providers, including both Western, Chinese and joint venture companies.

However, there is frustration among some providers, whose executives feel that until there is a more open market for private 3PLs, China’s automotive logistics will struggle to make the transformations so desired. At the CALA conference, Tianjin Anda Group chairman Cui Hong-Jin went so far as to describe private, third party providers like his company as “secondary citizens” in the sector, especially for finished vehicle logistics. He wanted to see more opportunities for 3PLs to gain business and improve logistics in China.

“I don’t think that finished vehicle logistics has truly entered the third party provider era yet because we have first and secondary citizens,” Cui said. “Speakers are talking about dreams of innovations and 3D printing, but I think we should be down to earth, and focus on improving our operations and better integrating logistics costs.

“On behalf of secondary citizens, I would like to call on our industry leaders to take care of us, as third party providers have devoted their entire existence to providing services to you,” he concluded. “No matter the technology that we have, if it does not really work, then 3PLs will not do well in China.”