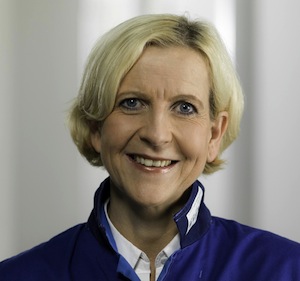 Anita Pieper is to take over as vice-president of vehicle distribution and vehicle distribution centres (VDCs) at BMW Group from September 1st. She will be responsible for global vehicle logistics, plant yard and port terminal operations. Pieper replaces Dr Ulrich Wieland, who has moved to a new role in strategy and digitilisation in the production department.

Pieper has until now been head of logistics and value-added production system (VPS) at BMW’s engine plant in Steyr, Austria, the carmaker’s largest engine factory globally.

BMW’s distribution and VDC department is responsible for the full outbound logistics chain, from the end of assembly through to dealer delivery; the department also leads the planning and designing of the logistics network, as well as plant yard and port terminal facilities (purchasing and contracts are handled separately).

As head of the department, Pieper will report to Jürgen Maidl, who is responsible for BMW Group’s global logistics.

Wieland has taken over as vice-president of BMW’s production system and digitilisation, with responsibility for the design of the carmaker’s overall production system. It is a role that will interact closely across BMW’s supply chain and logistics.

Wieland had been responsible for vehicle logistics at BMW since 2014, before which he led the European operations of German multi-metal distributor Klöckner & Co, which included logistics and processing for 150 sites. He had earlier led the logistics department for contract vehicle manufacturer Karmann in Osnabrück, whose main plant was taken over by the Volkswagen Group in 2010.

In an interview last year with Finished Vehicle Logistics, Wieland outlined the carmaker’s ambitions for better visibility in its vehicle flows, including through the use of in-vehicle technology such as telematics. At the time, BMW had already run several trials, including with deliveries of its electric i series, which used the car’s telematics to track vehicle location during transport.

At the Import Export North America summit recently in Baltimore, Maryland, Bryan Burke, department head for national vehicle distribution at BMW North America, said the carmaker was within a year of more widely rolling out the use of vehicle tracking via in-car technology.

Until now, Anita Pieper has overseen the logistics and parts handling at BMW’s Styr engine plant, which produces around 5,500 three, four and six-cylinder petrol and diesel engines per day, each in many variations. The plant exports engines to BMW plants globally and represents one of the most complex logistics operations of any powertrain facility.

In a recent interview with Austria’s Industriemagazin, Pieper revealed the degree to which logistics and handling is critical to the engine plant; compared to 1,200 employees in the assembly department, for example, 650 work across logistics functions. The plant employs around 4,000 people in all. 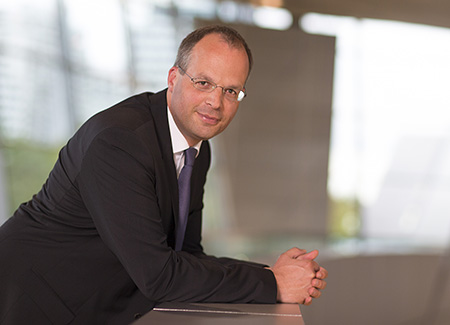 Pieper will move into her role in outbound during a time of significant expansion for BMW. Along with increasing production in China and the recent addition of a plant in Brazil, BMW will open a new plant in San Luis Potosi, Mexico by 2019, which will serve North America as well as global markets. Among the decisions her team will be making will be the extent to which BMW uses rail transport to export to the US and Canada, compared to adding short-sea services within North America and perhaps South America.

In Baltimore, Bryan Burke suggested the carmaker would use a mix of both modes, but that the decision was being made between local teams and the central logistics department in Munich.