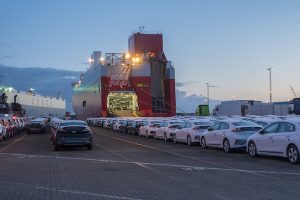 Automotive sector bodies from the US and overseas have rounded on the US Department of Commerce for not giving them access to its report for Donald Trump about possible duties on imports of automotive goods.

Trump requested the report in May last year as part of a Section 232 investigation, which authorises the president to apply tariffs (or other means) to adjust imported goods if they are deemed to threaten national security. There is speculation that the levies recommended could be as high as 25% for vehicles and parts.

The report was delivered on February 17 and Trump now has 90 days to decide how to act.

A number of associations representing the automotive industry have complained that failure to disclose the figures is fuelling uncertainty, threatening businesses and jobs.

The Motor and Equipment Manufacturers’ Association (Mema) said it was crucial the automotive industry had the opportunity to review the recommendations and advise the White House on how the proposed tariffs could “put jobs at risk, impact consumers, and trigger a reduction in US investments” – impacts it said could set the industry back decades.

“Secrecy around the report only increases the uncertainty and concern across the industry created by the threat of tariffs,” stated Mema, calling for the immediate and full release of the report. “The ongoing uncertainty due to changing trade policies is already discouraging new investment, and additional tariffs from the 232 auto investigation will hinder future investment even more.”

Echoing Mema’s point, John Bozzella, president and CEO of Global Automakers, which lobbies for some of the foreign OEMs with plants in the US, added: “The prolonged uncertainty about these tariffs freezes investment decisions, makes planning for the US-Mexico-Canada Agreement [USMCA] next to impossible, and does incalculable damage to the US auto industry.

“Automotive trade does not imperil national security,” he added. “It strengthens our competitiveness and benefits consumers.”

Interest groups from overseas have also expressed their concerns. Erik Jonnaert, secretary-general of the European Automobile Manufacturers’ Association (ACEA), said imports of cars and parts from the EU clearly did not pose a national security risk to the US and any restrictions on trade would have a serious negative impact on both US and EU manufacturers.

European carmakers produce close to 1m vehicles a year in the US, of which roughly 60% are exported. EU manufacturers also directly and indirectly employ more than 470,000 Americans, according to ACEA.

All carmakers in the US, whether domestic or international, would face a significant increase in costs and Jonnaert said there was the possibility of higher repair costs being passed on to consumers.

“Such measures would make American automobile manufacturing less competitive and hit US consumers in their pockets. In other words, the imposition of tariffs would have a counter-productive effect on the US economy,” said ACEA.

Germany’s Association of the Automotive Industry (VDA) said it was incomprehensible that the US could label European car and parts imports as a danger to US national security, meanwhile. German Chancellor Angela Merkel said it was frightening the US was even considering the possibility.

German OEMs and component-makers have around 300 factories providing jobs to more than 113,000 people in the US, according to the VDA.

Mema pointed out that the automotive supplier segment directly employed more than 870,000 US workers, with a total figure of 4.26m jobs reliant on it through the wider supply chain. Furthermore, suppliers account for the largest segment of manufacturing jobs in the nation and generate 2.4% of its GDP.

“Many suppliers import certain automotive parts (including electronic control units, bearings and valves) as inputs that are then manufactured into higher technology or more complex parts here in the US,” stated Mema. “Open markets and integrated supply chains provide a proven framework for economic growth and jobs in our industry.”

The imposition of tariffs comes at a time when raw materials are already being taxed, with the US applying duties of 25% on steel imports and 10% on aluminium. Mema said further levies on vehicles and parts could add $7,000 to the cost of a car.

The American Automotive Policy Council (AAPC), which represents US carmakers FCA, Ford and GM, said any levies would probably encourage retaliatory tariffs against exports of US-made cars and undermine, rather than help, the economic and employment contributions the three companies made to the US economy.

Meanwhile, the Alliance of Automobile Manufacturers (AAM), which represents domestic and foreign carmakers, said import duties would be a tax “on our customers” and that higher duties would ultimately lead to the loss of “hundreds of thousands of US jobs”.

The AAM’s suggested solution is for Washington to conclude trade pacts with key partners such as the EU, Japan and the UK, and explore additional market access opportunities for US automotive exports.

US administrators have said tariff threats on cars are a way to win concessions in trade talks with Japan, the EU, Canada and Mexico, and that Trump has agreed not to impose automotive duties as long as talks with those trading partners proceed in a productive manner.

This week, Japanese and European policy-makers reiterated their belief that this was still the case. European Commission president Jean-Claude Juncker was quoted by German daily newspaper Stuttgarter Zeitung as saying: “Trump gave me his word that there won’t be any car tariffs for the time being. I view this commitment as something you can rely on.”

In recent days Trump tweeted: “I love tariffs, but I also love them to negotiate.”