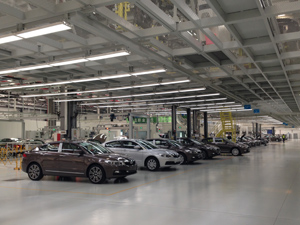 Chinese carmaker Qoros has outsourced operations for sequenced parts to Italian logistics provider BCUBE ahead of plans to launch production of a new model later this year at its factory in Changshu, 80km north of Shanghai. It is Qoros’s first outsourcing of inbound and plant-related logistics services, while for BCUBE it is the first operational contract it has won at a plant with a carmaker in China.

According to Marek Krajewski, senior logistics engineer at Qoros responsible for material flow design and equipment for the plant, the contract covers a wide scope for handling sequenced parts, including responsibility for the design and procurement of sequencing equipment and packaging, including the trolleys in which parts will be consolidated.

BCUBE will have full operational control, including running an external, 25,000 sq.m sequencing centre (provided and leased by Qoros) several kilometres from the plant. Here it will receive, put away, sequence and inspect material, before delivering trolleys to the assembly plant using a dedicated shuttle fleet, according to Aldo Padova, head of Asia Pacific and general manager for BCUBE’s China operations. Qoros will receive the trolleys at the plant and its employees will deliver them to the assembly line.

BCUBE will use its own warehouse management system, called Shape, to control supplier inventory using wireless communication. “It is a very advanced IT system that will dialogue with Qoros’s systems and will eliminate most of the paperwork,” said Padova. Qoros’s own material planning and follow-up teams will also use Shape to manage inventory used out of the warehouse.

The contract will be implemented in phases, said Krajewski, with the sequencing centre coming online by June this year, and full operations by September. Qoros plans to introduce the plant’s fourth model by the fourth quarter.

Qoros, a 50:50 joint venture between China’s Chery and Singapore-based Kenon

Holdings (a spinoff of Qoros’s original investor, Israel Corp.), currently has capacity to build around 150,000 vehicles per year in Changshu, including export plans for western markets.

An important first step in outsourcing

For Qoros, this contract is the first time that it will work with a third party logistics provider to operate its plant or warehousing operations, which have remained in house since Qoros started production in 2013.
“This represents a change for us, as so far Qoros has not cooperated with third parties for such activities,” Krajewski told Automotive Logistics. “While we will have the same sequencing commodities coming from different suppliers, they will be integrated into one line-side packaging and delivered in sequence. The operation will also be more complex because the process integration and stock management will belong to both Qoros and tier suppliers, with BCUBE managing in between.”

Sequenced parts are a small portion of Qoros’s overall material handling, especially relevant to its kitting operations, which makes up nearly 90% of its parts flow handled across 13 kitting areas at the plant, according to Krajewski. By contrast around 6% of parts will be sequenced externally (including some sequenced by tier suppliers that don’t move through the sequencing centre) while the rest move by kanban or internal sequencing methods.

Although small in number, sequenced parts make up a critical set of around 20 commodities from 25 suppliers, including bumpers, engines, transmissions, windscreens, rear windows and wire harnesses. It is also fairly labour intensive; Padova projected that it would require up to 150 workers across three shifts.

While Qoros currently maintains control over kitting, kanban and internal sequencing, as well as the plant’s adjacent logistics centre, Krajewski revealed that Qoros is investigating a long-term strategy to outsource more logistics operations. “This sequencing project would be the first step in the realisation of that outsourcing, so Qoros is investigating and looking for a partner,” he said. 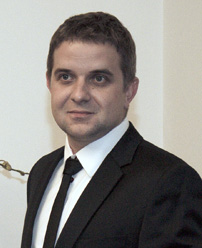 He added that kitting operations remained a core competence, and the company was still considering whether or not it would outsource such activities. “We are more focused on outsourcing warehousing and logistics centre activities than those within the plant right now,” he said.

Opening up a huge market

BCUBE began to work with Qoros 18 months ago initially in an engineering and consulting project during which it provided material flow optimisation and helped to design kitting carts. “After investigations we found that BCUBE had a lot of experience in sequencing with other OEMs,” said Krajewski. “In China it was a new but growing company, so we saw a parallel to Qoros.”

The logistics provider (known formerly as Argol Villanova Group) has a long history of providing logistics services to the Fiat Group in Italy, Poland and Brazil. Up to now, BCUBE’s operations in China have been focused more on semi- and complete- knockdown kits (SKD, CKD) and part-by-part operations, but Padova suggested there is more potential for growth in providing plant and line-feeding services.

“We are betting on [plant-related] services more than on export services such as CKD, SKD or part-by-part, because in the next years we are forecasting a big internal development of the car market in China,” he said.

Already several of Qoros’s tier one suppliers have expressed interest in BCUBE’s warehousing and part-handling services, Padova added. “We hope this contract will open up a huge market for BCUBE. If you have the knowhow elsewhere but you have no local implementation, it is very hard to achieve trust and get contracts.” 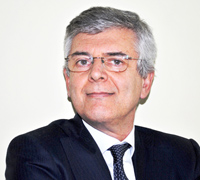 While a smaller OEM like Qoros was willing to partner with a new, foreign player, Padova admitted that it is still a “big challenge” to compete against China’s state-owned logistics companies or large joint ventures in the automotive industry. He suggested that BCUBE might eventually seek alliances with state-owned or local logistics companies. Recently, for example, logistics provider and freight forwarder UTi signed an alliance agreement with Beijing Changjiu Logistics.

Padova also revealed that BCUBE had begun to explore rail flows of vehicles and automotive parts between China and Europe, joining a growing list of providers interested in such services, including Gefco, UTi and DB Schenker. BCUBE has begun operations at an intermodal hub in Chongqing, in central China, that could connect to its hub in Poland.

“However, we need first to consolidate in our strongest services and show real competitive advantages. Only in the second stage will we explore new business,” he said.