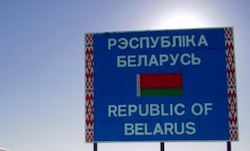 A draft decree on the introduction of a utilisation, or recycling, tax on foreign imported vehicles, based on the one introduced by Russia and Ukraine last year, has been published by the government of Belarus, which is part of the region’s Customs Union. Representatives of Belarus’s trade association said that the document is likely to be signed in the next couple of weeks.

Russia introduced a system last year, which dictates that each finished vehicle imported to the country will be subject to a fee covered by the carmaker or importer designed to cover the cost of eventual recycling. Carmakers will not have to pay the tax if they set up their own drop-off points and undertake to dispose of the car according to the required standards at the end of its lifecycle. According to some commentators, this set up makes it difficult for a foreign carmaker without a manufacturing base in Russia to handle its own disposal, meaning they have to pay an up-front fee that ranges depending on vehicle type and age. In many cases, the fees effectively make up for the decrease in import duties that followed Russia joining the WTO in 2012).

The fee proposed for Belarus will also depend on factors including the age of the car and its engine size. In addition, one of the provisos is that the fee should be paid in Russian rubles (RUR) with the base rate for passenger vehicles set at RUR 20,000 ($603), and light commercial vehicles and trucks set at RUR 150,000 (see the complete table below).

Representatives from the Belarusian Automotive Association (BAA) said that the utilisation fee will probably result in a 50% drop in the volume of sales of all imported cars in the country. Its chairman, Sergei Mihnevich, also complained that the fee had been set in rubles.

"The Belarusian Automotive Association does not understand why, within our own country, we must pay recycling fees based not only on the Russian methodology, but also in Russian rubles. It is obvious that it would be appropriate to put the base rate in euros, just as the rate of customs duty is applied," said Mihnevich.

The decree outlined by Belarus significantly differs from the Russian set up because it will be retroactive, and will apply to vehicles that have been imported to the country before 2014.

“If the car is not sold, the state will still make importers pay the utilisation fee even if the car was imported before 2014,” said Sergey Varivoda, deputy chairman of the Belarusian Scientific and Industrial Association (BSIA). He added that, as a result, from the first day of the new decree’s enforcement, the price of all imported cars in the country would significantly rise.

BAA and BSIA have repeatedly appealed to the leadership of the country to clarify and change the situation. The two organisations, together with car dealer in Belarus, have asked the government to delay the decree by at least three months.

At the same time the government in Belarus has released a document that outlines the categories of vehicles that will not be subject of the fee. Exceptions will be made for intact vehicles older than 30 years with original bodies and engines, as well as for localised automotive producers MAZ, Geely and Zotye.

Russia's own programme has come under fire from the EU and Japan, who have complained that it exempts local manufacturers. The Russian Duma approved a measure last autumn that would apply the fees to locally manufactured vehicle as well, although it is not yet entirely clear how this is going to be enforced.

Estimation of the utilisation fee in Belarus