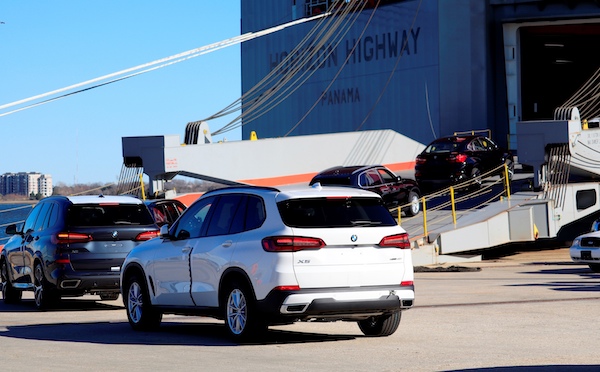 BMW Manufacturing has laid claim to being the US’ leading automotive exporter by value for a fifth consecutive year, despite reduced volumes during 2018.

The German OEM’s US subsidiary shipped 234,689 X models from its Spartanburg assembly plant in South Carolina during last year. Around 81% of its export vehicles, worth more than $8.4 billion, passed through the state’s Port of Charleston, according to commerce department data.

“This confirms that the South Carolina factory is the leading US automotive exporters by value,” the company stated.

The remaining 19% of the X models were exported through Savannah and Brunswick in Georgia, and Jacksonville, Miami and Everglades in Florida.

“Despite last year’s model changeovers and the ongoing uncertainty regarding trade and tariffs, Plant Spartanburg is still positively contributing to the US balance of trade,” said Knudt Flor, president and CEO of BMW Manufacturing. “This achievement clearly reinforces BMW’s ongoing commitment in the US.”

In mid-2017, the company announced a $600m investment in Spartanburg between 2018 and 2021 to enable manufacturing of future generations of the X models, and the company anticipates increased production and exports from the plant this year thanks to new models, including plug-in hybrid vehicles.

Jim Newsome, president and CEO of the South Carolina Ports Authority, said BMW was a “tremendous asset” to both it and the state of South Carolina. “As customers of both Inland Port Greer and the port of Charleston, BMW’s continued expansion has been a driver of our strong import and export volumes,” he commented.

Last month, the Spartanburg plant turned out the 4.5 millionth BMW built in South Carolina and later this year, the company will mark 25 years of production in the state. The plant produces more than 1,400 vehicles a day, has an annual production capacity of 450,000 vehicles and employs more than 11,000 workers.