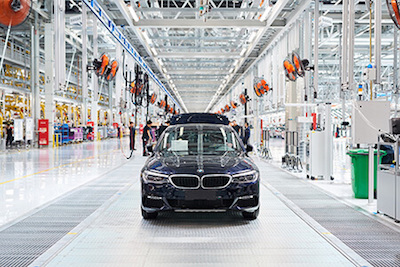 The German carmaker said it intended to increase its stake in BBA to 75% from 50% last year. CBA agreed to the change, with the companies extending their JV from 2028 to 2040.

The transaction remains subject to the approval of the relevant authorities, and is scheduled to be completed in 2022 at the latest when the current restrictions on foreign OEM production in China will be lifted, said BMW.

For the last two decades, China has restricted foreign carmakers wishing to manufacture in the country to doing so only as part of a joint venture in which they can own a maximum of 50%. Foreign carmakers have also been restricted to a maximum of two ventures making the same category of vehicle in China. Over those two decades, a great many joint ventures between Chinese national and foreign firms have been established, including BBA.

These restrictions, which have resulted in foreign carmakers making cars mainly for the domestic market, are now being removed following a policy proposal introduced in 2017 by the National Development and Reform Commission (NDRC). Once foreign carmakers start making lower cost models in China for export, production in the country is expected to boom. According to figures from the China Automotive Technology and Research Centre (CATRC), the number of exports could hit 5m in 2025.

“It is the BMW Group’s goal to further strengthen its long-term cooperation with CBA, increase production capacity in Shenyang and continue to expand the localisation of additional models including new energy vehicles,” said BMW.

The OEM is investing more than €3 billion ($3.4 billion) in new and existing plant structures. At the Tiexi district plant in Shenyang, capacity will be doubled and the development engineered so that fully electric, partially electric and vehicles with conventional drivetrains can be assembled on a single production line.

Extensive remodelling and expansion will be carried out at the sister plant in Dadong, Liaoning province, north-east China. “Its structure will be expanded to accommodate future BMW model variants and the expected increase in customer demand,” the company said.

The company introduced production of the X3 SUV in China last year and is adding the iX3 electric crossover in 2020. BBA is also expanding a battery factory in north-east China.