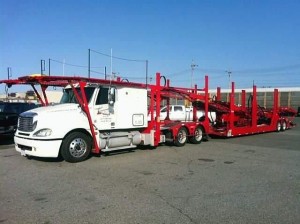 Boydstun Equipment Manufacturing, formerly known as Boydstun Metal Works, has announced it will return to the manufacturing of commercial auto transport equipment at the start of August this year. According to the company it has already started taking equipment orders and will deliver its first unit by August 30th.

“I have greatly missed the relationships and challenges of meeting the design demands of our customers and the industry,” said company president Rob Boydstun. “We will continue offering our customers the high level of innovation and quality that they had come to expect.”

A number of equipment makers were forced out of the market in 2009 when the global economic downturn hit the industry, with some forced into manufacturing other sorts of equipment. The North American market has been dominated since then by Cottrell and Delavan. With the ramp up in demand in the region for specialised equipment at an all time high, exacerbated by rail wagon capacity shortages, even those market leaders are finding it difficult to meet demand within the timeframes specified.

As reported back in March, lead times on the delivery of transport equipment have been hit and are now stretching out to four or five months in some cases. Speaking to Finished Vehicle Logistics magazine earlier this year Brad Childs, vice-president for sales and operations at transport provider, Proficient Auto Transport, said that the limited number of trailer makers was causing problems. “If the demand is there to have the equipment that lead time gets longer,” he said (read more here).

The return of Boydstun to the field – a company with 20 years in the commercial carrier business – should then be a welcome announcement. In a statement the company said that over the past five years there has been significant change within the industry. “That, coupled with continued demand for Boydstun products, led to the decision to resume production to meet this demand,” said the statement.

Boydstun will also be opening a repair facility soon with an exact date expected within the next three weeks.