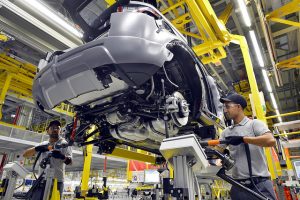 Brazilian finished vehicles exports reached a new peak in May. Taking cars, light commercial vehicles, trucks and bus chassis together, a total of 73,400 units were shipped abroad during the month, according to the National Association of Automotive Vehicle Manufacturers (Anfavea).

The total value of automotive exports in May came to $1.47 billion, factoring in agricultural machinary, components, parts and services – up nearly 20% on the previous month and up 57% on May 2016. For the first five months of 2017, the accumulated worth of Brazilian automotive exports was $6.04 billion, up 52.7% compared to last year.

Currently, one in three finished vehicles produced in Brazil is exported. Argentina, Chile, Uruguay and Colombia are the main export markets.

“We surpassed all our expectations,” commented Anfavea president Antonio Megale.

Manufacturing capacity in Brazil still outstrips demand, however, with up to 80% of production capacity unused. “The export market is insufficient to overcome the fragility of the domestic market,” commented Megale.