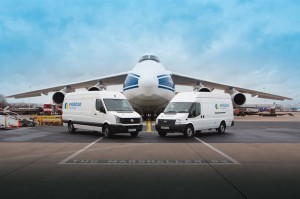 “The acquisition of Evolution Time Critical is a crucial development for Metro Supply Chain Group,” said Chiko Nanji, Metro’s founder and chief executive officer. “It clearly signals our intention to accelerate the provision of increasingly comprehensive supply chain solutions for our customers and also supports our strategy for long-term business growth.”

Metro operates around 12m sq.ft (1.1m sq.m) of warehousing, based mainly in Canada, along with several locations in the US and Europe. In 2013, the company expanded operations into Europe with a UK warehouse and distribution operation for Wormser Corporation, a cosmetic manufacturer. With the purchase of Evolution Time Critical, however, the company has further set its sights on automotive and industrial services across Europe and beyond, and especially in premium freight, which is set to become a complementary offer for Metro's existing and future customers.

“The acquisition helps us to take a significant step towards creating a world-leading supply chain group that spans multiple industries,” he added.

Evolution Time Critical, which was founded in 2001, will retain its current management team and keep its headquarters in the UK. It will also continue with services at its branch in Germany, which operates out of a service hub in Düsseldorf.

Brad Brennan, managing director of Evolution Time Critical (pictured below right), suggested that being part of Metro would open up opportunities for the company, especially in North America. “Increasing our North American presence will benefit our customers and help to achieve sustained business growth and a globalised footprint for Metro Supply Chain Group,” said Brennan.

Evolution Time Critical has traditionally provided emergency services, such as air freight or expedited land transport, to manufacturers and tier suppliers to prevent production stoppages or avert transport disruptions. Last year, for example, the company saw increases in emergency freight to deal with disruptions between France and the UK following strike action and disruptions from migrants at the port of Calais.

However, the company’s management points to a growing use of premium freight services as a strategic means for manufacturers to reduce stocks and to compress lead times, particularly in the face of global supply chains and more frequent, complex model launches. In one example last year, the company delivered a consignment of body panel press tooling by air to the UK from China, cutting delivery times by three weeks to ensure a production start date. 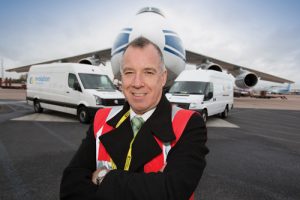 Both Brennan and Metro’s management suggested that the combined company would increase the scope for such specialised services in Europe and ultimately beyond, including through enhanced warehousing and stock control systems. Brennan added that, along with Metro’s large warehouse footprint, Evolution would be able to further improve infrastructure and support resources from its UK headquarters, including for IT and transport management systems. Late last year, Evolution Time Critical implemented a new TMS. Metro has set out intentions to provide investment and support for Evolution to further develop these IT systems and TMS to support further international growth.

“We can also commit to providing a greater number of large-scale solutions, such as the movement of vehicle tooling or live production,” added Brad Brennan.

Marcus Williams contributed to this story.