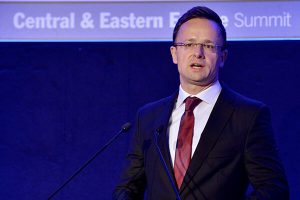 Sustained growth, a shift from low-cost to high-tech manufacturing, plus an ambition to lead automotive market trends such as electromobility and autonomous driving are now characterising the key economies of Central and Eastern Europe (CEE), delegates heard at the Automotive Logistics Central & Eastern Europe summit in Budapest today (Wednesday November 14).

IHS Markit’s senior analyst, European vehicle sales forecast, Sarah Kingsbury, noted that while there was some variation in GDP growth rates between the different countries, with the Czech market weakening due to a series of interest rate rises, the overall picture was positive. Last year, she said, Turkey and Romania saw the highest GDP growth in the region, at 7%, but Poland, the Czech Republic and Hungary were also around double the eurozone average of 2.0%.

Kingsbury pointed to some risks to CEE economies, such as trade wars and tariff rises, but said it was “important to take a step back and not get caught up in the fear” being projected in many media reports. She noted that although the US imposed tariffs on steel and aluminium earlier this year, exports to the US made up a relatively small proportion for CEE. She also suggested that added restrictions on trade with the US might potentially be balanced out by new deals with other partners, such as the imminent free trade agreement between Japan and the EU.

For Hungary, where automotive manufacturing has a 120-year history, the industry is now one of the mainstays of economic growth, according to another speaker at the conference, Hungarian minister for foreign affairs and trade, Peter Szijjártó (pictured). He said this was no accident and that the government had selected automotive as a key part of the reindustrialisation strategy launched in 2010, aimed at addressing high unemployment, state debt and the budget deficit.

“The automotive industry has proved to be a reliable industry, based on which it is absolutely likely and possible that we will be able to maintain the 4%-plus growth rate of the Hungarian economy on a long run,” he stated.

According to the minister, the production value of Hungary’s automotive sector reached an all-time high of 8,000 billion forints ($28 billion) last year, giving it a 28.8% share of the industrial output of the national economy. He said the country produced more than 500,000 cars and over 2.5m engines.

Exports were playing a significant role in the country’s growth and the automotive industry was responsible for 36% of the increase in exports between 2010 and 2017, said Szijjártó. The vast majority of Hungary’s automotive product is exported – 91.7% last year, according to the minister, which he regarded as “a mark of international competitiveness”. Germany is the country’s number one trading partner, taking more than a quarter of its total exports, 35% of which are automotive.

That Hungary has progressed to a new level in the global automotive industry is signified by its entry into the top 20 automotive exporters worldwide last year, which Szijjártó noted was the first time in its history.

The country is now a production location for four major vehicle-makers and 43 of the top 100 global automotive suppliers. It has recently secured a number of new OEM investments, including BMW’s decision to establish a factory at Debrecen. “Besides Germany we are going to be the first country in the world hosting manufacturing operations of the three top premium car producing companies of Germany,” stated Szijjártó.

These premium manufacturers are all pushing forward their strategies for electrification and Hungary, once a typical low-cost manufacturing location, has become an important location for the development and implementation of new technology. Audi, for example, commenced electric motor production at Gyor in July this year, and just this month, JLR announced that it would open an engineering centre in Budapest early next year.

The Hungarian government seems well aware of the need to support the changing nature of mobility and is putting into place the necessary physical and digital infrastructure, as well as introducing incentives based on technological sophistication, rather than number of jobs created as in the past.

“We understand that the successes reached during the traditional phase of the automotive industry cannot serve as a guarantee for the successes in the innovative era,” said Szijjártó. “That’s why we have made all necessary measures in order to offer the best possible circumstances and conditions for investments regarding the new and innovative phase of the automotive industry, in order to serve as a hub for developments regarding electromobility and autonomous driving.”

A combination of strong government support and significant commitments by global vehicle-makers seems likely to help Hungary continue its above-average economic growth – and to play an increasingly important role in the mobility trends of the future.