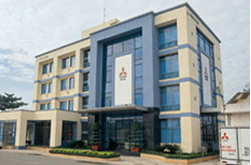 Carmakers in Vietnam are switching to imported vehicles to satisfy consumer demand, which is reported to be threatening the existence of domestic manufacturing in the country.

Consumers are increasing showing a preference for imports because of perceived higher quality and lower prices. Thailand, in particular, has found the Vietnamese market to be a very attractive one. This is because a wider range of models is available from there and import duties are not prohibitive.

As a result, last year, some local manufacturers switched from assembling cars in Vietnam to simply importing them.

One example is Vina Star Motors (VSM), which is a joint venture put together in Binh Duong province by companies in Vietnam, Japan and Malaysia. It is the sole distributor of Mitsubishi  vehicles in Vietnam, but nowadays its HCM City plant assembles just 100 Pajero Sports vehicles each month; previously, it had produced 410 units every month.

VSM revealed that between April 2014 and March 2015, it sold 2,530 vehicles of various kinds, of which 1,660 units were imported from Thailand and Japan. Sales of overseas vehicles now account for 80% of the total, which is a 59% rise over the previous fiscal year. Of all the companies that form part of the Vietnam Automobile Manufacturers' Association (VAMA), VSM has imported the most finished vehicles, these being viewed as cheaper than complete-knocked down (CKD) imports.

Toyota's general director in Vietnam, Yoshihisa Maruta, has also recently indicated that his company is now debating whether to maintain domestic production or shift to imports. Looming large in Toyota's calculations is that tariffs on finished vehicle imports into Southeast Asia will be held at 0% for the next three years.

The Vietnamese government has yet to reveal what future support – if any – it intends to introduce to help car manufacturers to continue with domestic operations. Currently, the home market is negatively impacted by high taxes, meaning that locally produced units can be up to 2.5 times higher than those in other ASEAN member states. Indeed, consumption taxes alone have made prices for assembled cars to now be 5% higher than those of CBUs.