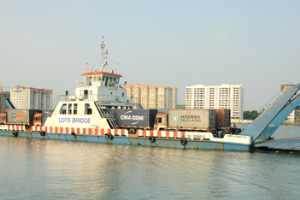 Cochin Port Trust, on the southwest coast of India in the state of Kerala, is considering establishing a number of coastal short-sea routes for car movements, in line with a new policy being promoted by the Indian Ministry of Shipping.

As reported in February, the ministry has relaxed cabotage regulations on certain vessels, allowing foreign-flagged shipments of finished vehicles to be handled on domestic coastal routes. Hyundai has started using a new short-sea coastal service set up by Link Shipping and Management Systems for the transport of vehicles in India between the ports of Chennai on the south east coast, and Pipavav on the north west.

Latest reports suggest logistics companies working with the automotive industry in Gujarat are already in talks with port managers about the use of facilities on Willingdon Island, one of the two islands that the port of Cochin occupies (the other is Vallarpadum).

If the go-ahead is given, vehicles will be shipped by sea from Gujarat to dealers in Kerala, which should result in 30% lower transport and handling costs. Currently, most of this traffic is dispatched by road.

On offer are discounts linked to vessel charges, wharfage and storage costs.

At least one logistics operator is said to be likely to seal a deal with the port authorities within the next couple of weeks, with shipping services to commence by mid-year.

Additional storage space in the port has been earmarked for the expected traffic upswing.