Improved communication and operational transparency helped Volkswagen react quickly to the impact of the coronavirus on its global operations. Concurrently, collaborative support from its logistics providers has helped it restart operations, with improvements to the flow of inbound materials.

Speaking at last Thursday’s Livestream Hour, Matthias Braun (pictured), head of digitalisation and concept development for Volkswagen Group Logistics since 2018, explained that good coordination with its suppliers and logistics partnes was behind the safe shutdown of plants and the storage of inventory across the network. It was also crucial to the restart of operations. 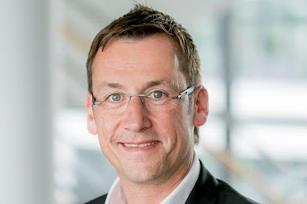 “We have been really lucky to have motivated partners within our supply chain,” said Braun. “They managed operational things, including border crossing processes, with phenomenal energy and spirit, so were unaffected by any kind of traffic jam brought by border checks or closures. It was a tremendous job, which we highly appreciate.”

Transparent supply chain
VW Group Logistics is the carmaker’s central supply chain management organisation that works across group brands. As well as digitalisation and concept development, Braun is also responsible for the purchasing and steering of the group’s global transport network. The division oversees a network of 8,500 suppliers around the world, shipping 200m parts daily to 53 component making facilities and 69 car assembly plants. That is equal to 250,000 containers of material daily, all of which goes to make 48,000 cars.

Braun’s division was heavily involved in using digital technology to optimise group logistics’ processes through 2019 and he sees the enthusiasm for gaining efficiencies through digitalisation continuing as the company manages car production in the wake of Covid-19. However, it was the more traditional use of Excel spreadsheet filesharing and regular Skype calls that really helped VW work with its suppliers and logistics providers on securing and delivering critical parts during the crisis.

Asked whether it was surprising to find that tools such as Excel were useful, given the advances in Industry 4.0 technology, Braun said it was a case of using the tools you could rely on.

“We have worked with it for 25 years,” said Braun. “You look for something you are used to and Excel was that. I know we have a lack of transparency in the supply chain and a lack of connectivity – part numbers versus bill of lading for instance. But it was great to see how many people asked for new transparency requirements.”

Talking about the initial impact of the shutdown in China Braun said it was impressive to see how fast its partners in the network were able to work together and bring transparency to the supply chain.

“It was good to see the parts supply partners giving us information on flights and capacity, and also collaborating with plants in Europe and the rest of the world to see when shortages were likely,” he said.

Lessons learned
When the virus spread west out of China, coordinating shutdowns in Europe with the operational staff at the various plants and with the service providers was tough work, according to Braun. VW had to identify where inventory was and where it should be stored, to best position it for the eventual restart. To do that the carmaker had to work hard on opening new channels of communication with goods receiving operations and to gather information on resources. The company also had to assess how to handle trucks that were bringing parts out of Italy, which was a hotspot for infection when the coronavirus hit Europe. Those trucks form part of a daily network in Europe of 18,000.

“We had to write down step by step first of all, how our partners should work with their teams and with the truck drivers delivering the parts,” said Braun. “We had to define clear roads for all the truck drivers that come into the receiving areas, ensure they washed their hands, kept to the right distance and stay within the unloading areas, which is quite normal now.”

When the shutdowns happened VW still had to coordinate with its partners and the unions on what to do with trucks inbound with material and identify unloading areas that could receive them.

Using its communication channels the OEM worked with its partners and brought new rules of conduct together in one handbook, including how to unload and manage facilities that were still open.

“It was clear that we had to share everything with our partners,” said Braun. “That meant daily communications with partners to share information and see what their problems were. Transparency was the most important topic. You had to arrange a way of continuous production to increase stocks during shutdown and receive the flows. Then organise everything, including the 80k network of trucks.”

Braun said that VW’s supply chains were now stable and things were running smoothly. The carmaker is providing its suppliers with the production figures it needs to achieve and sharing forecasts on weekly volumes with its providers.

“We always wanted the forecast system but it was difficult to translate from part numbers to bill of lading, but we have been doing that from the beginning of this year and it works quite well. They can follow our weekly planning and follow up with their information from the suppliers.”

KCC strategy
Braun also looked ahead to the development of VW Group’s consolidation centre (KCC) plan. The centres provide trans-shipment points for full and empty containers within the Volkswagen Group transport network, consolidating the flow of goods between suppliers and VW plants that are at considerable geographic distances. The KCC network is designed to slim down processes, boost capacity and make material handling even more efficient and cost-effective.

“Bundling volumes from regions and areas where we don’t have full trucks for each and every plant from different suppliers will always be efficient but it is a matter of distance, volumes and frequency; it is always a decision we take depending on the numbers and the business case,” explained Braun.

He said that VW Group’s truck network was based on a full-truck-load (FTL) approach but that it was important not to get stuck in a silo mentality when it came to planning transport modes, adding that for a more sustainable future rail would also play its part.

“We need to be more dynamic and use the transport modes not just in an economic way but in a sustainable way. That is based on the critical parts issue from the plant perspective but also from the cost and CO2 emissions aspect,” said Braun.

VW Group has KCCs in Bratislava, Heilbronn and Kassel but the continuation of the strategy across Europe very much depends on whether a good sustainable business case can be made.

“If we need rail access in the cross docks it will be an extension to the network and developed towards 2025 and beyond,” added Braun

That more sustainable approach to logistics is part of a group wide initiative to reduce CO2 from operations by 30% by 2025, including through the use of liquid and compressed natural gas (LNG/CNG) powered trucks, as well as supporting logistics providers to invest in new technology and talking to fuel providers for LNG stations in Germany.

VW is also supporting the greater use of electric-powered trucks for moving parts over shorter distances, such as between warehouses and plants. It also has an agreement with German rail provider Deutsche Bahn for CO2-emission-free rail transport. As indicated by Braun’s focus on a move away from silo thinking when it came to modal choices, the carmaker’s long-term initiative is to establish a more flexible multimodal strategy driven by green priorities.

Last Thursday’s Livestream Hour with VW was the first part of this inaugural festival season’s finale. You can stream the session here.

Part two of the finale takes place this Wednesday (July 29), which will provide insight on how the coronavirus crisis is currently affecting the supply chain in North America, featuring Hector Martinez from Honda de Mexico and Maxim Serov from global tier one supplier Benteler