DB Schenker pays out over allegations of bribery in Russia; Ford still under investigation 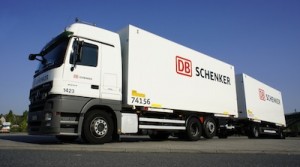 The German authorities have reached a settlement with logistics provider DB Schenker over allegations that Russian customs officials in the port of St Petersburg were bribed between 2010 and mid-2012 to speed up the passage of automotive parts to Ford’s plant in the area. However, the authorities have confirmed that they continue to investigate the role played by Ford itself in the matter.

After four years of investigation by the Public Prosecutor’s Office in Cologne, Schenker has agreed to a fine of €2m ($2.19m) in settlement of the matter.

Speaking to Automotive Logistics this week, a spokesman for the Public Prosecutor’s Office said the fine comprised a 'disgorgement' part amounting to €1.7m and a penal element of €300,000. The disgorgement element, he said, was non-negotiable and “equals the total amount of payments in 2010-2012 which we consider bribe money”; while the relatively low penal element was “mostly due to the very high level of cooperation during the investigation and to the fact that the case was started by a report by DB [Schenker’s parent Deutsche Bahn] to the Public Prosecutor’s Office”.

In a statement on the settlement, Deutsche Bahn said the fine related to “violations by another, liquidated Russian Schenker company” and that most of the individuals concerned were no longer with the firm. It added that it had “intensively cooperated” with the investigation and undertaken “considerable efforts on its own to bring clarity to the payments”.

A spokesperson for Deutsche Bahn declined to confirm the findings of the company’s own investigation into the matter or to name the staff involved, however.

The payment of the fine brings the investigation by the Public Prosecutor’s Office into Schenker’s actions to an end but it continues to look into the role played by Ford in the matter, its spokesman confirmed.

Asked if his office was in negotiation with the OEM over a possible similar settlement, he confirmed that the investigation was still ongoing, adding: “We are currently waiting for a statement from Ford. I am hopeful that we will know more by the end of November.”

Ford told Automotive Logistics this week it was unaware of any wrongdoing by its staff in connection with the matter.

“We are not aware of any details concerning the charges against Schenker, or the settlement it has reached with the Cologne Public Prosecutor,” a spokesman for the OEM said. “Ford is committed to legal compliance and business ethics in all of our operations around the globe, and we have cooperated fully with the relevant authorities throughout the course of their investigation. Following a thorough internal investigation, we remain unaware of any violations committed by Ford or any of our employees in this particular matter.”