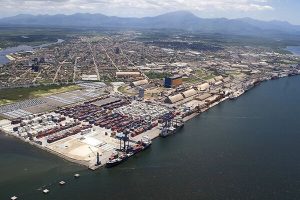 Brazil’s automotive parts industry posted a trade deficit of $4.48 billion over the first eight months of this year – a 22.4% increase compared to the deficit over the same period last year.

Figures released by the National Association of Brazilian Auto Parts Manufacturers (Sindipeças) show exports of auto parts to 198 countries from January to August amounted to $5.19 billion, a rise of 9.3%. Imports, however, which came from 174 countries, increased by 15% to $9.67 billion.

Sindipeças’ calculations are based on figures from the Ministry of Industry, Foreign Trade and Services. These show that in August alone, year-on-year exports rose by 9.2% to $763m, while imports declined by 1.7%, totalling $1.23 billion. The sector deficit in August therefore fell by 15.4%, compared to August 2017.

Argentina remains the leading consumer of Brazilian car parts but exports from Brazil to Argentina have slowed in recent months (although they were still up 3.7% overall to the end of August). Exports to the more buoyant markets of Mexico, the US and Germany were up 46.2%, 17.7% and 16.6% respectively.

Brazil’s automotive trade performance will be among the issues under discussion at next month’s Automotive Logistics South America summit in Sao Paulo, which takes place on November 28.