3
Mind over machine: why the human factor is crucial to digitalisation
Digital technology

Mind over machine: why the human factor is crucial to digitalisation

Digital tools are only effective if they are implemented correctly and used to their full potential. Experts at this week’s Automotive Logistics and Supply Chain Mexico conference argued that digitalisation has to be user friendly if it is to be of any practical use.

“You cannot digitalise any company unless people understand the process”. A simple statement from Francisco Bravo Gómez, senior director of supply chain at Audi Mexico, who was speaking at this week’s conference. It summarises one of the biggest challenges facing an automotive industry that is embracing digitalisation – how to make people like it. 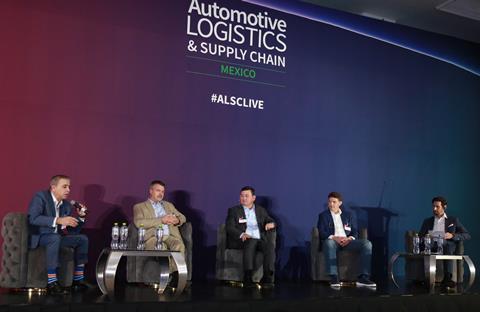 The automotive industry now has a wealth of digital technology at its disposal but with that abundance comes as many questions. Is the right solution for your organisation in the cloud, on Web3, even somehow in the blockchain? Does it need to be fully integrated to other systems? If it was, how would that help and what does it actually do?

OEMs and tier suppliers at this year’s conference shared the challenges of trying to find a perfect control tower system but Gómez suggested that there could be no perfect system unless there was first a buy-in from the people using it.

“The human factor is the most important factor in innovation,” he explained. “We are all here to think how the world will be in the next few years, but we cannot do it without the human factor.”

Let the users decide
If a company fails to consider how the digital system it purchases serves the people using it then that company risks being left with an expensive but essentially redundant tool. Companies are then burdened for years with insufficient systems, said Wiebe Helder, CEO of Cargobase.

“Why do a lot of people still use Excel, rather than technology that is already available?” asked Helder. That also begs the question of where the lack of buy-in to digitalise really lies: with senior management or with an end-user reluctant to change.

Paul Boothe, president of managed and dedicated transportation at RXO, said that the perfect group to make purchasing decisions on new systems were the end users rather than IT or senior management. “Have the users be part of the decision-making process, have them poke and probe,” he recommended.

“There’s so many technology providers out there, and so much smoke and mirrors,” acknowledged Helder. The wealth of options available and density of language around digitalisation can leave a lot of customers mistrustful of the actual benefits it is supposed to bring. Without the right understanding or guidance it can also leave a company with poor quality, unconnected, ageing systems that may not serve their processes or clients’ needs.

The Covid pandemic revealed that there were cumbersome technologies out there that have been built on to the extent they are difficult to replace but no longer fit for purpose.

“What I’ve seen over the years is a lot of long-term solutions becoming inculcated and then overlooked,” said Adrian Jennings, chief product officer at Cognosos.

Systems that may no longer be fit for purpose can become so integrated into supply chain processes that they are seen as the only way if not scrutinised. Jennings said those legacy systems were exposed in the crisis of the pandemic which stressed supply chain logistics. Companies were forced by the daily disruption of the crisis to resort to short-term solutions instead of more fundamentally addressing what had been a steadily developing, long-term problem. Technology issues, he said, could become a “black hole” in an organisation.

According to Jennings, it is as important to have the right people in place as a new technology.

“Our focus is very much on helping people do better,” said Jennings, adding there was no way to remove the importance of human skills to supply chains, especially in a rapidly changing and disrupted world. “There are jobs that humans do better than automation and they are the jobs [that require] any form of judgement.”

Francisco Bravo, who leads supply chain at Audi Mexico, explains the importance of not only learning new skills but also adapting mindsets as the carmaker digitalising more logistics processes in Mexico.