Duclos replaces Davies as head of US vehicle logistics for Toyota 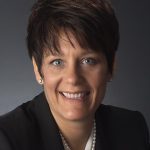 D’anne M. Duclos (pictured left) has replaced Nancy Davies as vice-president of Toyota Logistics Services (TLS), the outbound logistics and vehicle processing arm of Toyota Motor Sales USA (TMS). Davies, who has held the role since 2008, has moved over to a position in sales and production planning at TMS as vice-president of distribution operations.

Duclos assumes responsibility for all TLS operations in the US, including vehicle delivery by truck and rail to Toyota, Lexus and Scion dealerships, vehicle processing and accessory installation at ports, operations at Toyota Transport (an in-house car transporter fleet) and the export of North American-produced vehicles overseas. According to Toyota, the annual operating budget for TLS is in excess of $1 billion.

Both Davies and Duclos will be based at the TMS and TLS headquarters in Torrance, California. Davies confirmed the change but neither she nor Duclos responded with further comment at this time.

Duclos most recently held a double role as vice-president of Lexus international at TMS, and department general manager for sales and marketing planning for Lexus International at Toyota Motor Corporation, the carmaker’s global arm. She was responsible for developing and executing the global product marketing plan for full and minor change Lexus vehicles, leading efforts to align marketing around the world.

This will be Duclos’s first direct role in vehicle logistics, however her pedigree and experience are remarkably 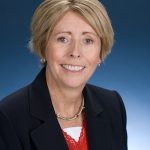 similar to those of Nancy Davies (right) prior to her taking over TLS. Davies started at Toyota in 1979 and went on to work in a similar range of sales and operational positions including field operations manager, distribution manager, customer relations manager and regional parts manager. She worked as assistant area manager for the Chicago- based Lexus central regional office before serving as vice-president of retail market development and then later led North American planning for TMS.

Davies led TLS through a period of difficult transition for Toyota in the US and North America, including seeing sales and production drop in 2009 to about two-thirds of the 3m unit network capacity that TLS had previously been targeting in North America. Later the carmaker would battle a large recall crisis, followed by substantial production and inventory disruption from the Japanese earthquake and Thai flooding in 2011. However, Toyota has steadily recovered sales, with its logistics network responding well to the capacity pressures. Toyota had US sales of 2.23m vehicles in 2013, a 14.4% increase on 2012, while production across US, Canada and Mexico increased 4% to 1.85m.

Davies and her team have also been instrumental in working on improved cost analysis in the outbound supply chain, including a programme called Total Route Management intended to increase price and lead-time visibility. Furthermore, TLS has improved its estimated time of arrival systems in efforts to increase delivery accuracy for logistics providers, dealers and customers, as well as implementing an Oracle-based system for routing and freight payments.

“As TLS continues to standardise and improve its processes and scheduling at our facilities, we are able to give trucking companies or railroads more accurate information,” Davies told Finished Vehicle Logistics in 2011.

In recent years, Toyota has also seen significant change and increased complexity in its US and North American vehicle distribution network. The company shuttered a joint venture factory with General Motors in California (NUMMI) in 2010, while opening a new factory in Mississippi, which has led to network reconfigurations for inbound and outbound logistics. Exports have also grown strongly, including rising flows to Russia, Asia and South America.

Toyota has recently begun importing Yaris models built in France to North America, and will also deliver a small car model built at a new Mazda factory in Mexico. From Europe, Toyota has increased its use of east coast ports to distribute the Yaris, while for Mexico the carmaker has said it will explore short-sea shipping options as well as rail.