Editor's note: swimming with the current in South Korea 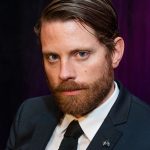 South Korea is in a period of reflection and transition. Following decades of rapid expansion, the country is seeing a mix of slower growth with changing consumer and civic expectations. When I visited in late April, it was the anniversary of the Sewol ferry disaster, which left hundreds of school children dead, and many South Koreans questioning the safety oversight and response of officials. That incident had already led to the resignation of one prime minister – the week that I was in Seoul, a bribery scandal brought down another.

President Park Geun-hye has also come under fire over an outbreak of Middle East respiratory syndrome, which has reportedly infected 150 people, many after officials dismissed concerns. Commentators have accused Park’s administration of being too closed and hierarchical to respond quickly.

Such issues come without even mentioning the existential threat of the regime north of the border.

These controversies are in many ways quite apart from South Korea’s automotive industry, led by the Hyundai Motor Group, which has become a byword for quality and value for money. However, the vehicle and export sector is facing structural and cultural changes (see the links for our special section here). Hyundai and Kia are slowing production in South Korea and increasing regional output in places like North America and China. Meanwhile, rising costs, a new strategy in Europe, and higher demand for large vehicles have hurt GM’s Korea unit. A shift in the domestic market towards premium imports also threatens Hyundai Motor’s push towards upmarket vehicles.

As with the South Korean government, some question how quickly carmakers can react to change, especially within the famous chaebol conglomerate system. In the supply chain, at least, there are good signs. Hyundai Glovis, the group’s logistics company, is pushing strongly in markets from Mexico to Germany, expanding its ro-ro fleet and investing in port facilities in South Korea. Glovis and Kia are building IT systems to better track flows, and get a handle on inventory and costs. Other Korean logistics companies are also looking to grow beyond the peninsula’s boundaries and main brands.

Like Korean society at large, some needed changes for logistics may be more deep rooted. The corporate sector has also been accused of being overly hierarchical. But competition is forging new relationships in the supply chain, as Hyundai, Glovis and others look to new partners both at home and abroad.

The Korean ‘miracle on the Han River’ may have slowed its flow of late, but with resilient logistics it could gush again at the next bend.