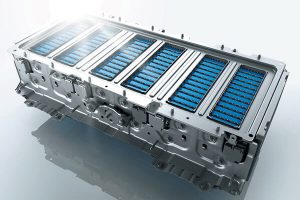 Japanese carmaker Honda has signed a cooperation agreement with Contemporary Amperex Technology (CATL) under which the Chinese battery-maker will supply about 56 GWh of lithium-ion electric vehicle (EV) batteries by 2027.

The accord, seen as way for Honda to diversify its supply sources, also provides for the companies to cooperate on the development of EV batteries for future markets.

To support this, CATL will set up an office by June in Utsunomiya, home to Honda’s research and development operations, to provide localised service support.

The companies have already worked together on batteries for Honda’s EVs. In future, CATL will support Honda in China and Japan and in creating EVs for customers worldwide, added Tada.

Honda’s goal is for EVs – including HEV (hybrid) and PHEV (plug-in hybrid) versions – to account for 65% of global sales by 2030. One element of that strategy is the introduction of more than 20 EVs in China by 2025.

According to news agency Reuters, the CATL agreement is part of Honda’s plan to diversify battery sources and ensure stable long-term supplies. It said Honda had also been in talks with other battery-makers to this end, including current supplier Panasonic.

CATL, one of the world’s largest EV battery-makers, already works with a variety of OEMs including BMW, Volkswagen, Nissan and SAIC of China.