Nio suspends assembly in China because of chip shortage

Chinese electric vehicle (EV) start-up Nio has been forced to temporarily suspend operations at the plant it shares with state-owned carmaker JAC Motors in Hefei because of a shortage of semiconductors. The line stoppage will last five days between March 29-April 2. 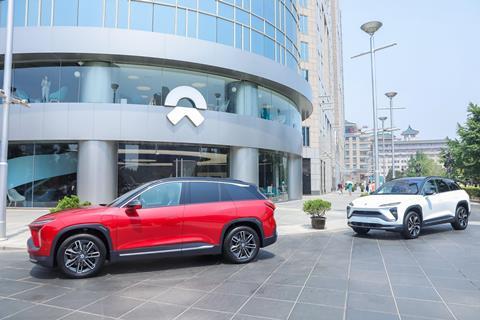 The carmaker has reduced its first quarter production forecast to around 19,500 vehicles against the original 20,000 to 20,500 units planned. Nio is making the ES6, ES8 SUV and, since February this year, the EC6 coupe at the JAC NIO Advanced Manufacturing Center, part JAC Motors’ factory there, as part of a partnership agreement established in 2016 (see more below).

The demand for microelectronics in vehicle production is high, especially for a premium EV maker like Nio, and the automotive industry is competing with high demand from other industries. That situation was complicated by the supply chain disruption caused last year by the coronavirus pandemic, which has exacerbated capacity constraints in semiconductor facilities. As a consequence, vehicle production around the world is being affected by the current shortage of the parts. The temporary line stoppage at the Nio plant is just the latest in a lengthening list of partial closures.

The impact of the semiconductor shortage on the automotive industry will be under discussion at the forthcoming Automotive Logistics and Supply Chain Europe Live conference, being held between April 20-21

Jianglai JV
In the first week of March this year JAC Motors and Nio expanded on their partnership in Hefei by announcing a joint venture to produce smart EVs and parts. The new agreement has yet to be finalised but has the working name of Jianglai Advanced Manufacturing Technology. JAC will take a 51% share, while Nio takes the remaining 49%.

In a signing ceremony held on March 27 the two companies agreed to “actively innovate and explore new energy vehicle manufacturing, service models, management [and] mechanisms” to build a platform and network using the latest technology, including artificial intelligence and big data. The joint venture will also be based in Hefei.

In its full year results released earlier in March Nio reported the delivery of more than 43,700 vehicles in 2020, more than double what it delivered the previous year.