What took the air out of Dyson’s electric car project?

The iconic manufacturer of vacuum cleaners has cancelled plans to develop and build an EV. That was probably a smart decision, considering the huge costs, competition and struggling market that Dyson would have been entering. 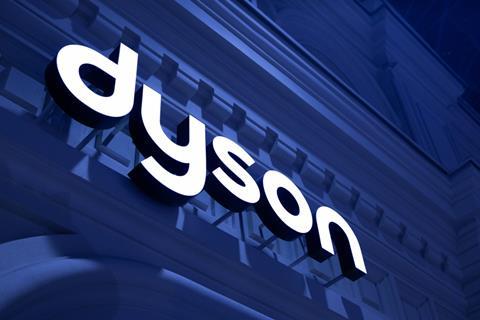 Dyson’s recent announcement that it is scrapping its electric vehicle (EV) project is yet another indicator of hard times for EV start-ups. However, given the context, it is not a complete surprise. Time will almost certainly prove that it was a wise decision for Dyson, a firm renowned for its high-tech vacuum cleaners, hand driers and air conditioners, to have pulled the plug at this early stage, rather than continue haemorrhaging cash in the race to electrification.

On the face of it, the EV market would seem a strong growth segment that any company would want to enter. Although pure battery electric vehicles will only account for around 2.5% of global sales in 2019, analysis by the business intelligence unit at Automotive from Ultima Media shows that EVs are expected to grow at over 20% a year for the next decade and reach 15% of global sales by 2030, reaching close to 19m units.

However, manufacturers face an undeveloped and unstable market. EV sales have risen mostly in regions like the EU and China because of regulations aimed at reducing emissions, rather than consumer interest. OEMs also face supply chains and production that have not yet achieved economies of scale.

At the same time, vehicle sales – including EVs – are currently weakening in almost all major markets. We forecast that global vehicle sales will remain weak for the next five years, and only exhibit strong growth in the latter part of the next decade (see our in-depth report, ’Automotive headwinds align into a perfect storm’). In the face of these harsh realities, the business case for start-ups like Dyson, no matter how iconic and enigmatic their founders, is tougher than ever to see. It is reported that Dyson’s board considered the challenges that EV start-ups such as Tesla and China’s Nio have experienced in becoming profitable, as well as the rapid rate at which existing OEMs were also developing EVs, as factors in the decision to scrap the project.

“Few EVs turn a profit for OEMs today, even with current purchase subsidies”

Dyson’s EV plan was undeniably ambitious, but perhaps it was always a vanity project. Whatever the motivation, it was inevitably going to be extremely challenging given at least four major hurdles that Dyson had to face:

Each one of these hurdles would be a tall order for any company, but in combination they were too much for the relatively modest financial resources of Dyson (which had revenues of just $5.5 billion in 2018) to risk any further capital investment.

Barriers are still high
The reduced complexity of EVs somewhat lowers the barrier to entry for companies to offer new products. The typical 30,000 parts of an internal combustion engine (ICE) vehicle compare with just 10,000 parts in an EV. This is partly what has allowed a number of new start-up EV makers to enter the fray, especially in China.

In theory, a technology company such as Dyson with proven success in engineering electric motors and batteries for well-designed consumer goods could seem well placed to scale up to EVs.

However, this underestimates the transition necessary to achieve the industrial scale for automotive products. Furthermore, manufacturing an EV is still a very complex and expensive process, particularly developing and sourcing batteries.

The crowded automotive industry is notoriously difficult to break into due to the large sunk and capital costs required. It is also a historically low-margin industry; even successful OEMs have average operating profit of only 4-8%, which are low compared with other industries.

Tough strategic choice: volume or premium?
In that context, Dyson had to make a strategic decision whether it should go down the volume EV route and compete with the established volume OEMs such as the Renault-Nissan-Mitsubishi alliance and Volkswagen (VW), which have huge resources at their disposal and produce and sell EVs at a loss, subsided by profitable ICE vehicles. This option was clearly not available to Dyson.

The other option was to target the premium segment, where Dyson already operates for many of its products. This was the route Dyson pursued, with initial plans to sell fewer than 10,000 cars per year. However, this niche is increasingly crowded in the EV space, with Tesla, JLR, BMW, Mercedes, Audi and Porsche (the latter two able to leverage wider VW Group technology).

The only way to compete with these prestigious brands would be to have a USP that would differentiate Dyson – and that was to be the development of solid-state batteries. The advantage being that solid-state batteries can hold more capacity, be charged more quickly and do not catch fire. To that end, Dyson acquired solid-state battery tech company Sakti3 in 2015 for $90m.

However, such batteries are at a very early stage of R&D and are much more expensive to make than even lithium-ion batteries. Their commercial viability at scale has yet to be realised; in fact, last year Dyson wrote off about three quarters of the cost of its original investment in Sakti3.

Struggling to compete on economies of scale
Increasingly, EV start-ups will be facing competition from larger OEMs as these brands invest massively in electrification. These new models entering the market will make it even tougher for newcomers like Dyson.

Major OEMs such as VW are able to leverage their huge existing experience and production capacity while investing billions on the basis that economies of scale will ultimately make EVs profitable. The VW Group plans to invest more than €30 billion ($33 billion) in electric mobility by 2023, with a plan to introduce 70 new pure electric models by 2028 and a target of producing 22m EVs over the next decade.

Compare this with Dyson, which had pledged £2.5 billion ($3.2 billion) on research, with just £1 billion of that directed towards EV development and you can sense the mounting competition that Dyson faced.

Even VW has realised that it alone does not have enough scale and has partnered with Ford, which will use VW’s electric-only MEB platform (as first used on the VW ID.3) to produce EVs in Europe.

Even the most successful EV disruptor, Tesla, has struggled to keep afloat. It has invested billions into developing EVs, but despite product and sales success remains barely profitable; earlier this year it had to raise an extra $2.7 billion from investors. Where Tesla has earned money has been in selling emissions tax credits in the US to other OEMs; it will also receive a €1.8 billion windfall in Europe from FCA in a CO2 pooling deal for 2020 and 2021. (Read more on EU carbon emission regulations in our special report.)

Following Tesla’s example as a ‘premium’ brand would have also likely required Dyson to spend billions more than it could to scale its product line. Tesla began as an upmarket brand, including the Model S and the Model X SUV. But it has mainly grown in the volume segment: of projected sales of 380,000 vehicles in 2019, 80% will be the entry level Model 3. And Tesla is counting on the new Model Y crossover small SUV to propel it into true volume OEM status.

Notably, Tesla and VW are both attempting to gain economies of scale in battery production by building gigafactories using JVs with battery specialists (Panasonic and Northolt, respectively). We predict that ‘vertical integration’ will become a crucial strategy to success in the EV market to ensure control throughout the lithium-Ion battery supply chain. OEMs may potentially purchase battery or even mining companies to secure supply of the critical lithium, cobalt and nickel which, due to surging demand from EVs, are experiencing shortages and prices rises.

In that context, Dyson simply could not compete with the major players.

In fact, one aspect of Dyson’s behaviour was curious in that many patents were filed during the development of its EV. This begs the question whether its intention all along was to sell some of the IP and license the cutting-edge solid-state technology to other companies. That would have been a more familiar business model for a player lacking the scale to develop an entire vehicle.

Supply chain, sales and distribution challenges
The challenges for Dyson would have gone beyond just making a competitive EV. Dyson would have to establish the associated logistics, manufacturing and supply chains for these new technologies. This is no small investment and in the case of batteries involves many complexities in sourcing, handling and shipping materials. The vehicles would also have to comply with various type approval regulations on safety and reliability worldwide.

The company’s earlier decision to build a factory in Singapore also raised eyebrows in many corners of the automotive industry. Dyson said that it chose the location thanks to the availability of engineering talent there, as well as access to supply chains for batteries in Asia and serving growing consumer markets in the region, including China. However, Singapore has no automotive manufacturing base, only a small domestic car market and also has very high labour costs.

It may be an excellent hub for high tech, but it seems likely that producing vehicles and batteries in Singapore for global export, even at the premium end, would have been very expensive, especially when competing with Chinese brands. 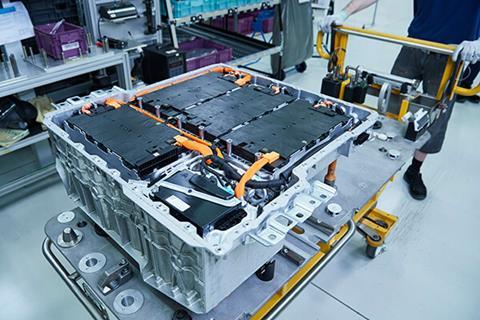 The cost of developing and manufacturing batteries is a barrier to entry for start-ups and established brands. Dyson’s plans for solid-state batteries were likely years of R&D away from reality

Electricity still burns
The outlook for new EV players is precarious. Despite its outward success, Tesla lost $388m in 2018. Faraday Future, a Chinese-backed EV company, came very close to insolvency before recovering (and its owner is still facing bankruptcy). Shares in Nio, financed by Chinese tech giants Tencent Holdings and Baidu, have nearly halved since last year as it accumulates losses and China withdraws some EV purchase subsidies. And Apple, with its much-rumoured Titan Electric Autonomous Vehicle project, reportedly had to scale back its team of software engineers working on the secretive project.

Developing electric cars is a very capital-intensive endeavour, and requires ongoing investments in product development, facilities and research. This can be a challenge even for tech companies like Apple and Alphabet with some of the largest cash reserves in the world.

With the current trend of established OEMs diverting their investments toward EVs and new players entering the market, including many from China, the bar is constantly being raised in terms of developing and producing an EV that will appeal to consumers and be profitable.

In that context, it is of little surprise that Dyson bowed out in the face of the growing competition. In today’s automotive industry, almost anyone would struggle to develop EV technology in a vacuum.