Little takes over as MD at Evolution Time Critical 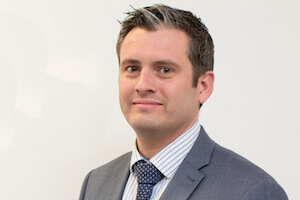 Little was appointed MD after spearheading a successful expansion for Evolution Time Critical in the US. The company opened an office in Atlanta, Georgia, in 2017, having already worked extensively with several manufacturers and suppliers in North America. His move to the new position comes just a year after his elevation to deputy managing director from his previous role as head of business development.

“Following sustained business growth over recent years, Evolution has continued to invest heavily in the expansion of its capabilities and physical footprint, and the industry is only just beginning to bear the fruits of our labour,” said Little.

Little added that he was particularly excited by the development and application of data, analytics and machine learning to the sector.

“Development of Evolution’s European and North American control centres, in particular, has enabled the capture of historic data that can be used to provide future efficiency benefits,” he said. “I’m confident our young and dynamic management team is well equipped to fully exploit these opportunities.”

Brennan, who has been at the head of the company for 18 years, said he would miss the role but added that Little and his management team had the “dynamism, drive and insight” to further Evolution’s business.

The company said his experience would “complement and further reinforce the world-class executive team newly assembled by Metro Supply Chain Group... to lead its international premium logistics subsidiary through a period of substantial opportunity”.

“It has been fascinating to see the automotive industry evolve over the past two decades, and extremely rewarding to reflect on Evolution’s changing role within it,” said Brennan.