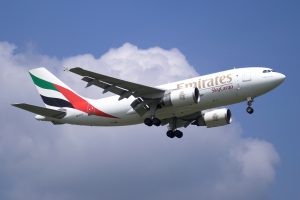 Budapest has one of the largest economies in Central and Eastern Europe, and Emirates SkyCargo is hoping to strengthen its operations in central Europe with the new service. The company has a network of more than 140 destinations worldwide.

Emirates SkyCargo will be operating a daily flight to the city with a wide-body Airbus A330-200, offering 168 tonnes of cargo capacity a week. Around 70% of the exports from Hungary are spare parts for land vehicles, machinery spare parts, hi-tech equipment, and electronics. The import market mainly comprises electronics.

“This offers a world of new trading opportunities for businesses in Hungary and across our network, especially the automotive industry which accounts for around 18% of total exports from the country,” said Robert Siegel, Emirates vice-president, cargo commercial, Europe and Russia. “We are well positioned to support the export market as we have strong networks in Africa, the Middle East and Asia Pacific. The UAE is also Hungary’s largest Arab trading partner with annual trade between the two countries at around $1.2 billion.”

Along with giving Emirates SkyCargo and expanded footprint in central Europe, the trade lane to Budapest will complement the company’s cargo services into Warsaw, Prague and Vienna. Trucking services can also feed offline markets in the region through the city, and onwards to Dubai.