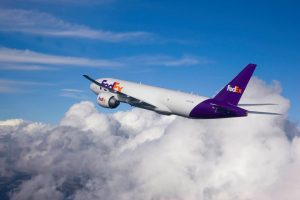 Regulators in the European Union have approved FedEx’s acquisition of TNT Express. The news sees the end of a six-month antitrust investigation that had previously been one of the biggest hurdles towards the deal.

The merger – worth around $5 billion – which was announced in April last year, would give FedEx a significant ground network.

In July, the European Commission began a full investigation into the deal, and suggested that the merged company could face insufficient competition on certain delivery routes, leading to higher prices for businesses and consumers. In October however, FedEx said that EU regulators wouldn’t challenge the transaction.

EU regulators said that the delivery companies weren’t currently close competitors in Europe, and there would still be significant competition from rivals.

The deal will create the third-largest company in the international express-delivery market in Europe, behind DHL and UPS.

In 2013, antitrust officials blocked a similar merger attempt between United Parcel and TNT. However, executives at FedEx and TNT have said the deals are substantially different, and that FedEx’s business in Europe is smaller than UPS’s was at the time.

FedEx now has to work with regulators that haven’t yet approved the merger, in countries such as Brazil and China. However, the deal is still expected to close by June.

Both companies have significant operations in the automotive industry. Although there is a focus on the automotive aftermarket, FedEx has remained more focused on express transport and time-critical shipments, including as a major carrier for General Motors.

TNT has sought to compete more in contract logistics for automotive, including warehouse management, and inbound to manufacturing. It renewed a contract with Volvo Group last year, that includes express services, supplier collection, and delivery to assembly plants, as well as aftermarket services.